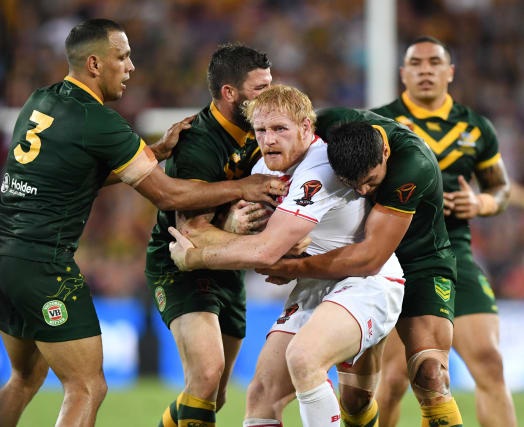 England’s three-match Ashes series with Australia has been cancelled due to the coronavirus pandemic.

The Rugby Football League and its Australian counterparts announced the news on Monday morning, as both bodies focus on completing their domestic club competitions.

The games had been due to take place in England in October and November, with the competition being revived after a 17-year absence. Talks have already begun about a series in 2022, with the World Cup taking place next year.

“However the current circumstances have had a seismic impact on rugby league, as on all other sports, and we all now need to give in order to find solutions for the greater and longer term good of the game.

“After regular discussions with the ARLC over the last few months, combined with those within our domestic competitions, we have concluded that the right thing to do for the game as a whole is to make this decision now.

“It will have a considerable impact on the finances of rugby league here in England, as we were banking on a significant boost from Australia’s first full tour since 2003.

“But as I have said regularly to all parts of the game since the seriousness of the situation became clear, we are all going to have to make sacrifices, and financial adjustments – and we should stress again our gratitude to the Government for the significant support they provided at the start of May, which will help us to deal with this major setback.”

The support Rimmer referred to was a £16million emergency loan provided to the RFL which will then be split amongst clubs, who can apply for a slice of the cash to sustain them.

“We have already indicated to the ARLC (Australian Rugby League Commission) that we would be keen to welcome them for a three-Test series at any time in the future and will now work together to make this happen as soon as possible.”

Super League clubs are yet to finalise plans to restart the 2020 season, but could return in the middle of August.

The proposed return date of August 16 is seen as crucial to minimise any rebate due to Sky Sports, which holds broadcast rights through to the end of the 2021 campaign.