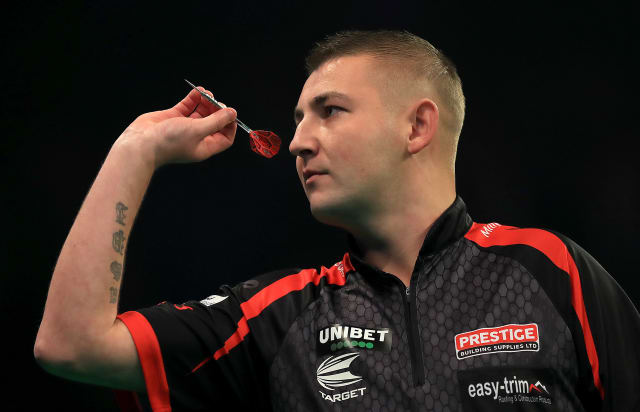 Nathan Aspinall booked his place in the semi-finals of the PDC Home Tour after beating Jose De Sousa in a nervy deciding contest.

The world number seven had beaten Jesus Noguera 6-4 and Jamie Hughes 6-2, with De Sousa winning six legs on the spin in his first contest against Hughes before matching Aspinall’s scoreline against Noguera.

Aspinall took the first three legs of the decider with the help of two breaks of throw before the Portuguese battled back and levelled after the eighth leg.

But the former World Championship semi-finalist settled down to secure his spot in the next round.

After sealing his place in the second semi-final group of four, Aspinall said: “I was very nervous. I played well in patches but I didn’t play like I can.

“It’s very hard at home. Those last three legs I was shaking like I don’t know what.

“But I’ve got through and hopefully I can improve going into the semi-final.”