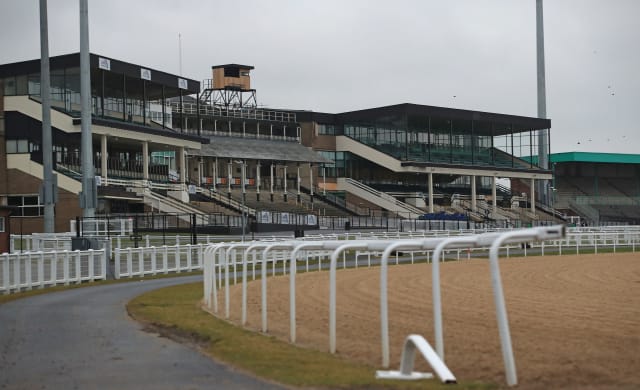 Racing is poised to become the first major sport to resume in Britain following the coronavirus shutdown, but the pandemic is still affecting other sports.

There is a bumper 10-race card at Newcastle on Monday, ahead of a high-profile weekend featuring the 2000 and 1000 Guineas at Newmarket.

However, other sporting events continue to fall by the wayside with the 2020 Rugby League Ashes series in England called off and the British Basketball League cancelling the remainder of its 2019-20 season.

Race meetings were last held on March 17, when Wetherby and Taunton were in action behind closed doors, before racing was brought to an immediate halt.

The suspension was in line with other sports, with the last game in the Premier League having taken place on March 9, while Champions League football has been on hold since March 11.

Football’s top flight is pencilled in for a return on June 17, but having received Government clearance on Saturday, racing will kick off the return of mainstream sport.

A total of 369 initial entries were whittled down to just 120 runners before any defections, as Gosforth Park stages the first fixture under strict protocols enforced by the British Horseracing Authority.

Only limited personnel will be allowed on course, with detailed hygiene and social distancing measures employed, along with personal protection equipment where necessary – including jockeys wearing face masks.

BHA chief executive Nick Rust said: “Our focus is obviously on returning safely and protecting all those taking part in behind closed doors racing, while also reassuring the communities that racing takes place in that the risk of transmitting the virus has been minimised.

“We’re all very passionate about racing and like the participants and anyone connected with the sport, we’ve all missed it.”

The Rugby Football League and the Australian Rugby League Commission jointly announced the cancellation of the three-Test England-Australia Ashes series on Monday morning, as both bodies focus on completing their domestic club competitions.

The Tests had been due to take place in England in October and November, with the competition being revived after a 17-year absence. Talks have already begun about a series in 2022, with the World Cup taking place next year.

“However the current circumstances have had a seismic impact on rugby league, as on all other sports, and we all now need to give, in order to find solutions for the greater and longer term good of the game.

“After regular discussions with the ARLC over the last few months, combined with those within our domestic competitions, we have concluded that the right thing to do for the game as a whole is to make this decision now.”

The British Basketball League has announced that the remainder of the 2019-20 season has been cancelled.

The BBL said in a statement that clubs had “unanimously agreed” to the cancellation.

BBL chairman Sir Rodney Walker said: “We looked at every option, including playing behind closed doors or restarting the season in the summer, in order that we could get to a League and play-off winners, but with the continued
uncertainty, we just ran out of time and options.