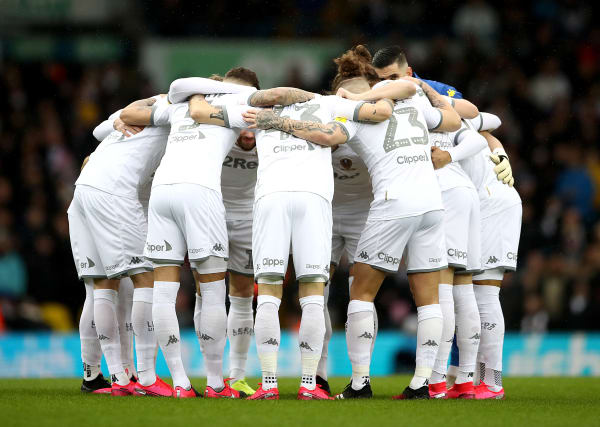 Racing will make its eagerly-anticipated comeback at Newcastle on Monday as the English Football League fine-tunes plans for the Sky Bet Championship to return on June 20.

Meetings were last held on March 17, when Wetherby and Taunton were in action behind closed doors, before racing was brought to an immediate halt due to the Covid-19 pandemic.

But Monday will see racing become the first major sport to resume in Britain following the coronavirus shutdown.

The return of mainstream sport will kick-off with a bumper 10-race card in the north east, ahead of a high-profile weekend featuring the 2000 and 1000 Guineas at Newmarket.

A total of 369 initial entries were whittled down to just 120 runners before any defections, as Gosforth Park stages the first fixture under strict protocols enforced by the British Horseracing Authority.

Only limited personnel will be allowed on course, with detailed hygiene and social distancing measures employed, along with personal protection equipment where necessary – including jockeys wearing face masks.

BHA chief executive Nick Rust said: “Our focus is obviously on returning safely and protecting all those taking part in behind closed doors racing, while also reassuring the communities that racing takes place in that the risk of transmitting the virus has been minimised.

“We’re all very passionate about racing and like the participants and anyone connected with the sport, we’ve all missed it.”

Football is also gearing up for a return to action behind closed doors.

After the Premier League announced on Thursday that play would resume on June 17, the EFL said it had agreed a provisional return date of June 20 for the Championship.

That date is subject to safety requirement and Government guidance being met, with clubs requiring clearance from local authorities to play on home turf.

The Championship play-off final will be “on or around 30 July 2020”, while the EFL will consider increasing substitutions to five per team and the matchday squad from 18 to 20 players, with discussions “to continue with Championship clubs in this respect”.

“We have therefore today consulted with the board’s Championship directors and agreed to fixtures restarting behind closed doors on 20 June.

“Whilst matches will unfortunately have to take place without supporters, we are working with our broadcast partners, EFL Championship clubs and all relevant stakeholders to broadcast the remaining 108 games plus Sky Bet Championship play-offs either live on Sky Sports, iFollow or a club’s equivalent streaming service.”

While Leeds and West Brom look to secure automatic promotion, Liverpool boss Jurgen Klopp says having the whole group back together is a “massive, massive lift” as the Reds prepare to wrap up a first league title in 30 years.

“We never had nine weeks without football training in our lives – since we played football, pretty much,” he told Liverpoolfc.com. “That’s all different but interesting as well.

“We enjoy the situation, that’s really all good. And it makes all the difference for us, to be honest, to come together and have this hour or two here together.

“You get this contact, feedback as well on the pitch directly, not via a computer or a screen. It’s a massive, massive lift.”

Aston Villa defender Tyrone Mings also welcomed the Premier League’s return, even though he believes it is driven by money.

“Project Restart is financially driven,” the England international told the Daily Mail. “I think everybody accepts that.

“But that’s fine with me because I look at this monster that is Premier League football and the revenue it creates and I didn’t moan about being a part of it when everything was great so I’m not going to moan now when the atmosphere around the game is more hesitant.

“I am all for playing again because we have no other choice.”

Meanwhile, Judd Trump will kickstart snooker’s return behind closed doors in the opening match of the Championship League in Milton Keynes on Monday.

The tournament, the first since the Gibraltar Open in March when the coronavirus pandemic forced a shutdown, will be staged at the Marshall Arena until June 11.

Trump tweeted: “Arrived in Milton Keynes test done hopefully all clear for action tomorrow.. swab up the nose is not enjoyable at all enjoy that everyone.”