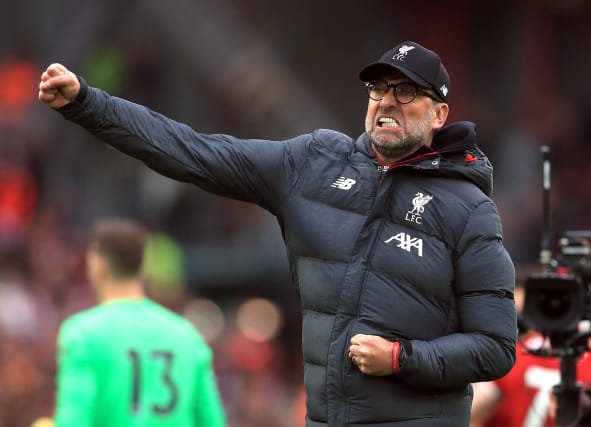 The Government has paved the way for elite sport to return behind closed doors in England from Monday, claiming: “The British sporting recovery has begun.”

New health and safety guidelines have been issued representing stage three in the process of bringing sport back from the coronavirus lockdown. Stage two, which allowed for close-contact training for elite athletes, was published last Monday.

Oliver Dowden, the Secretary of State for Digital, Culture, Media and Sport, said: “Two months after sport stopped and after weeks of round the clock discussion with medical experts and professional sports bodies I’m delighted to announce today the Government has published guidance which allows competitive sport to resume behind closed doors from Monday at the earliest.”

Speaking at the daily Downing Street briefing, he continued: “It is up to each individual sport to decide exactly when to resume competition. They know their sports best. But football, tennis, horse racing, Formula 1, cricket, golf, rugby, snooker and others are all set to return to our screens shortly.”

Dowden later added: “The British sporting recovery has begun,” hailing the “forensic, clinician-led approach” that placed the safety of athletes, coaches and support staff at the heart of its work.

Horse racing will lead the way at Newcastle on Monday, while the first major meeting follows on June 6 at Newmarket, including the 2000 Guineas.

Premier League football is scheduled to restart on June 17 with the English Football League set to follow later in the month, subject to club votes and approval from police and other safety bodies.

Restrictions of recreational sport and exercise have also been eased, with up to six individuals now free to train together outside providing social distancing is observed.

Dowden made it clear women’s sport would not be allowed to fall behind, adding: “Visibility matters, and our daughters deserve to see female athletes on the main stage.”

As well as ensuring no spectators are present at events, key conditions have been made for sports fixtures to go ahead.

Participants must travel alone and in private transport, while everyone entering a venue must be screened for Covid-19 and anyone suspected of having the virus must be placed in isolation.

A one-way system of movement must be established around the venue, while social distancing must be maintained “where possible” – including celebrations and sitting on the bench.

Dressing room use is to be minimised although showers can be taken in line with guidelines, advice for personal protective equipment must be followed, while physio treatment should be limited to essentials.

“We have provisionally planned to restart the Premier League on 17 June, but there is still much work to be done to ensure the safety of everyone involved.

“This includes consulting with our clubs, players and managers – along with all our other stakeholders – as the health and welfare of our participants and supporters is our priority.

Asked directly about the fixtures which have been identified by police for potential hosting at neutral venues – and specifically about the Merseyside derby – Dowden said: “It is up to each individual sport to apply (Government) guidelines and determine the way in which they do so.”

He added that police and local authorities will determine together which venues are appropriate for matches.

He said: “There has to be enough understanding that the venue can cope with the segregation and the organisation and the social distancing right up until the kick-off whistle until the final whistle to make that the safest possible experience for everybody there.

“And that’s going to be a crucial factor as well in choosing these venues.”