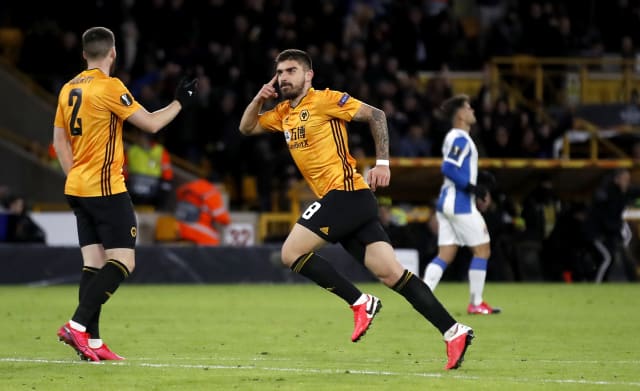 Wolves’ Ruben Neves says it is important the Premier League returns after the top flight set a restart date.

The league will make a comeback on June 17, subject to Government clearance, for the first time since it was halted by the coronavirus crisis in March.

Aston Villa will host Sheffield United and Manchester City are due to welcome Arsenal.

Wolves – who are due to travel West Ham next – have not played in the Premier League since their 0-0 draw against Brighton on March 7 and Neves knows returning will help the country take a step towards normality.

“Football is the main sport we have, even behind closed doors it’s important to have football back so people can get back the emotions – even watching at home,” said Neves, having started contact training on Wednesday.

“It’s always good to have the sensations and emotions of football, the goals, everything. It’s really important for football to come back.

“We are really excited – even more so on Wednesday after the training session because we could finally play proper football. So far we had only trained individually.

“We’re just looking forward to the first game and try to do our best.”

Games will behind-closed-doors for the foreseeable future as the country continues to battle against Covid-19.

Wolves have already played in an empty stadium this season, drawing 1-1 at Olympiacos in the last 16 of the Europa League in March – their last game and just days before football was shutdown.

But Neves dismissed any suggestion their experience will give Wolves an advantage in early games.

“I don’t think so, it is really strange to play behind-closed-doors, I played like that for the first time at Olympiacos and you don’t have the adrenaline of the fans,” he said.

“We have to get used to it, unfortunately the situation is bad and we don’t know when we will get back to normal. We have to focus on the football and do our best without the fans.

“It’s hard to explain, we are used to playing in loud places with a lot of fans.