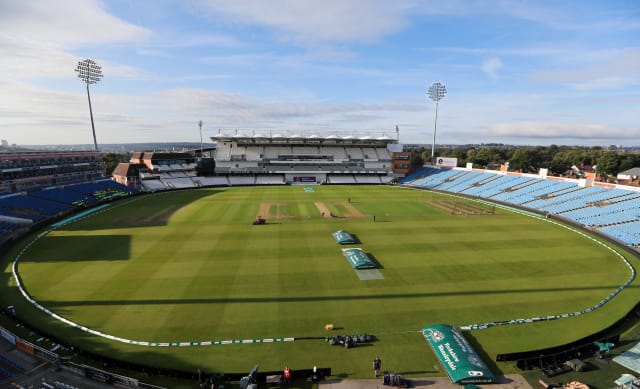 Yorkshire captain Steve Patterson has welcomed the prospect of a regional tournament in first-class cricket after the start of the county season was pushed back for a third time.

With the coronavirus pandemic continuing to wreak havoc on the sporting schedule, the England and Wales Cricket Board announced on Thursday that there would be no domestic cricket until August 1 at the earliest – a month later than the previous holding date.

As a result of the new postponement the Professional Game Group (PGG) has been tasked with drawing up plans for a shortened 2020 campaign, including an option which would see a four-day competition split along geographical lines in place of the two division Specsavers County Championship.

ECB chief executive Tom Harrison has stressed the need for “unorthodox” solutions to the present predicament and White Rose skipper Patterson believes the regional idea could provide the perfect tonic for players and fans alike.

“We’ve got to be creative because realistically we couldn’t even get a half a regular season in now, never mind a full season,” he told the PA news agency.

“We need to be imaginative and come up with something and I think regional would be good. If we ended up with one or two Roses matches against Lancashire, and some games against the likes of Nottinghamshire and Durham, that would be a good option. It could be brilliant.”

Patterson was insistent that there would need to be an incentive to any new competition but favours a one-off piece of silverware rather than conferring championship status to a new format.

“There’s got to be something riding on it, we can’t just be playing ‘friendly’ cricket because that
takes the value away. You need bragging rights,” he said.

“But you couldn’t realistically call it the championship, deep down you’d know it’s not the same as a long season playing home and away. A new trophy might be the fairest solution. In a shortened competition you can win two or three games and get on a roll, but it’s not the same as playing the best teams in the country twice.

“What it might do is open our minds to a different ideas and experiences. We can be stuck in our ways in terms of how cricket is played and how it has to be but we’re in a position where we might have to change the format. It could be an opportunity to have a look and see how it works because people have been calling for fewer championship games for years.”

Among the PGG’s other reference points are the possibility of live streaming matches for home viewing and weighing up the possibility for a limited live crowd versus the behind-closed doors model likely to be introduced internationally. A white-ball only season will also be looked at in the event of further time being lost and no red-ball matches being possible.

The recreational game remains under suspension but the ECB will look to liaise with the Government on an earlier return for junior cricket.

Announcing the latest delay Harrison said: “Whilst traditional formats of our competitions are the preference, we are not against exploring the unorthodox to ensure that we can return our players to the
field.

“That can only happen though when it is safe, and we have said throughout this crisis that the safety and wellbeing of everyone involved in the game is our key priority.

“We have learned a lot and continue to learn about the safety protocols that would need to be in place to stage international cricket behind closed doors in this environment and those protocols will also need to apply to the domestic game.”