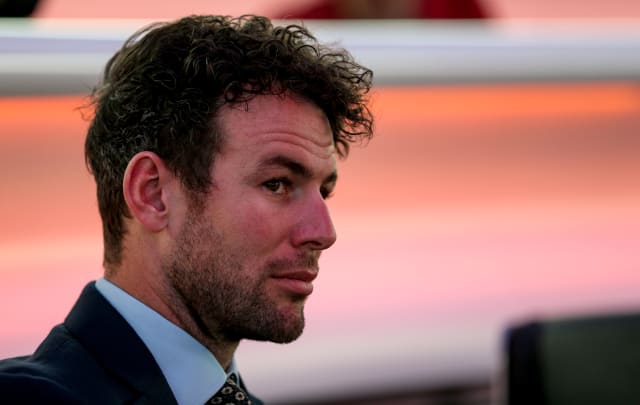 Mark Cavendish’s chances of racing at this year’s Tour de France have been hurt by the coronavirus pandemic, Bahrain-McLaren team principal Rod Ellingworth has admitted.

Cavendish is hoping to get an opportunity to add to his tally of 30 Tour stage victories if the race goes ahead on its rescheduled start date of August 29.

But the 35-year-old, who joined his old coach Ellingworth at Bahrain-McLaren on a one-year deal after two seasons dogged by illness and injury, has had little chance to prove his form and fitness with racing on hold since mid-March.

“He doesn’t have automatic selection for the Tour and he doesn’t want it,” Ellingworth told the PA news agency. “He doesn’t want it just handed to him. But we made an agreement that if he was winning races that would be enough to go to the Tour.

“Unfortunately that changes and with so little racing beforehand it cuts his chances of being able to prove he’s back at a decent level.”

Discussions are taking place this week on which riders might target which races on the UCI’s revised calendar, with no final decisions made.

Ellingworth is keen to target the yellow jersey at the Tour, but said that focus did not have to mean there was no room for Cavendish.

“Technically he’s one of the best sprinters in the world, and if he’s got the form he’s proved many times he can do it with or without a lead-out train,” he said.

“Mark brings a lot of value to the team, just in terms of his mindset and his goal-setting.”

Responding to the interview, Cavendish said he was no different to any other rider in having no guarantees over his place.

“Personally, I’d always love to go to @LeTour, or any race, only if I felt I could add value to the team, or if I believed I had the best chance of success for a team…” he wrote on Twitter.

“With a 5 month layoff from racing, every rider is in the same boat with lack of races to show form.

“I’m very fortunate with @BahrainMcLaren to be in a team that will look at things logically and put the best team on the start line.”

Planning for the season is fraught with difficulty with none of the races on the calendar guaranteed to go ahead.

Ellingworth is hoping to see his team return to racing at the Vuelta Burgos in late July, but organisers are yet to confirm the Spanish event will take place.

“It’s all a bit pie in the sky at the moment,” he said. “It could be that only the (Criterium du) Dauphine and the Tour go ahead, but who knows?”

The UCI’s ambitious calendar packs over 100 days of WorldTour events into a little over three months, plus many more lower level races, with Ellingworth warning it will stretch teams to their limits – or beyond.

“If it all goes ahead, at some point we’re going to have to pay a fine because we’ll need 30 riders to cover all the races and we only have 29, so we physically can’t do it,” he said.

“But also, if we’re limited with the number of staff we can have at a race, the riders get less care and attention which in a Grand Tour is a health issue potentially.”

The challenges in front of Ellingworth could be about to grow. The team has already had to make large-scale wage deferrals, and this week the McLaren Group announced it would be cutting 1,200 jobs across departments due to the economic slow down.

“We are literally just waiting to find out how it affects the team,” he said. “A lot of things are uncertain, but I’m not hearing anything super negative like the team might be finishing or whatever. When we get chance to really sit down and talk we will do.”

That economic picture did not prevent Bahrain-McLaren being linked with a move for Chris Froome earlier this month.

The 35-year-old’s contract with Team Ineos runs out this winter, and there were suggestions he could even make a rare mid-season move before this year’s Tour due to leadership battles within Ineos.

“I’ve spoken to Chris but as with all the British lads, I do speak to them,” Ellingworth said. “The subject (of his future) did come up but there was no talk of a mid-season transfer. If he has had that conversation it wasn’t with us.

“But we had the conversation that he’s free and he’s looking for a team. For me, if Chris wants to have a chat about the future why would you not?

“But though I work for another team now, I hope he still sees me as someone who can give a bit of honest and friendly advice.”