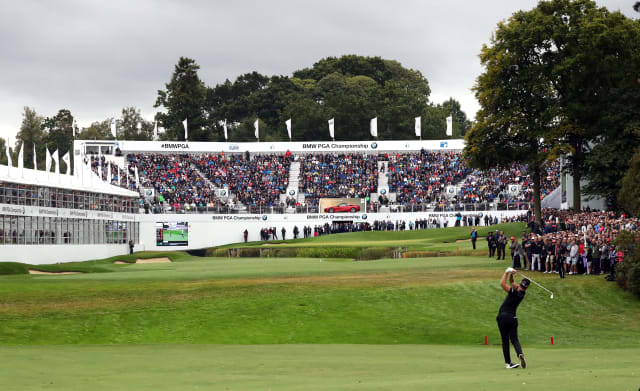 European Tour chief executive Keith Pelley says the new look calendar for the 2020 season could give a “glimpse into the future”.

The Tour will resume on July 22 with a run of six tournaments over six weeks in the UK, having been suspended since March 8 due to the coronavirus pandemic.

But a return date has now been set, with the Betfred British Masters at Close House near Newcastle the opening tournament in July before a revived English Open at Forest of Arden, the English Championship at Hanbury Manor, back-to-back tournaments at Celtic Manor – the Celtic Classic and the Wales Open – and the UK Championship at the Belfry.

The season will run through until December, with all tournaments played behind closed doors and subject to strict safety and testing protocols. A lifting of the Government’s two-week quarantine when arriving in the country will also be required.

Four Rolex Series events have also been announced, with the Scottish Open and PGA Championship in back-to-back weeks in October, while the Nedbank Golf Challenge and the World Tour Championship will take place in December.

Pelley said: “When we started to look at this schedule and we started to completely rehaul our strategy for this year, we have now… you know, when you see the 2020 schedule, it’s completely different than 2019.

“And 2021, a lot of the tournaments that have cancelled for this year will come back for next year. However, I honestly believe that you are seeing a little bit of a glimpse into the future.

“All of these venues are incredibly excited about this year, and two of them have already said, ‘Can we get on the schedule for 2021’ and I look at that as an incredible positive.”

The European Tour has been hit hard financially by the pandemic, but Pelley says his organisation can cope.

“Well, I think some of you might want to ask the question, is The European Tour bankrupt or running out of money, and I would say, absolutely not,” he added.

“Of course, we’ve been affected like millions of businesses the world over, but we’ve worked hard and been extremely responsible in our financial approach to this global crisis.

“You know, not going into specific financial details, but we have created five tournaments all from scratch.

“As I said, we’ve had a difficult time like everybody else. This is not an easy financial situation.

“But we have produced a strategy that has allowed us to do three things. It’s allowed us to navigate through this initial phase of the crisis and resurrect our 2020 schedule.

“It has helped us prepare for the short term in terms of 2021 and of course helped us create a platform to help plan for the long term, for the future, from 2022 onwards.”

The resumption is dependant on the UK Government lifting their two-week quarantine, something Pelley has received positive noises about.

“Our position has been to the government that lifting the quarantine is going to be critical for us to have a successful tournament,” he added.

“I’m certainly encouraged and I’m certainly optimistic. We wouldn’t be announcing these events without having had significant dialogue with the UK Government.

“We have talked to them almost daily now. They have been absolutely terrific.”

There will also be a stringent testing operation in place, with players tested before they leave their country and then when they arrive at the new tournament. They will have an anti-gen test while also face further testing if they develop symptoms.

No more than 500 people will be on site at any one time.

Pelley kept his powder dry about the fate of the Ryder Cup, which is still scheduled to take place in September, though it would be behind closed doors.

Several players, including world number one Rory McIlroy, have spoken out against that, and Pelley did not divulge any information, other than the European Tour remain in dialogue with the PGA Tour.

“As has been the case with the European Tour over the past few months, we’ll not be making any definitive statements or engaging in any further speculation about the Ryder Cup today,” he said.

“We still have to discuss every element. All I can say is that it is still on the schedule and that we will be having further dialogue with our friends at the PGA of America.”