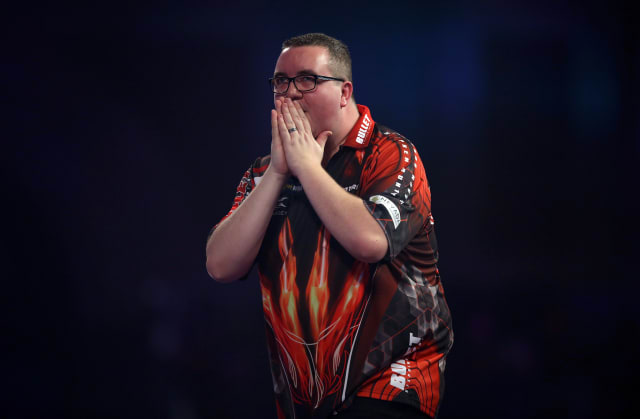 Mike De Decker made it through to the semi-finals of the PDC Home Tour after former BDO world champion Stephen Bunting was beaten by fellow St Helens player Alan Tabern in the final match of the night.

Bunting needed to take just four legs to qualify but suffered a shock 6-2 loss as De Decker topped the group on leg difference.

Bunting said: “I never turned up there, after the first two games I played well. It was a bit different when you know you need a certain amount of legs. Alan played well.”

It was Tabern’s first win of the night, with the 53-year-old saying his pride had kicked in after a disappointing night.

“I wouldn’t expect any favours off anybody else, and I’m here to play the game like everybody else,” Tabern said.

Bunting had been in control of his own fate after beating De Decker 6-5 in the opening contest, producing a 14-dart leg at the death to take the win.

De Decker recovered with a 6-5 win over Tabern but Bunting was still on top after beating another former Lakeside champion Glen Durrant 6-3.

Bunting stormed back and won six of the next seven legs to secure victory, averaging 101 and throwing four maximums.

But after De Decker beat Durrant 6-4, Bunting needed four legs from the final contest and came up short.