Danny Wilson to take over as Glasgow head coach next week 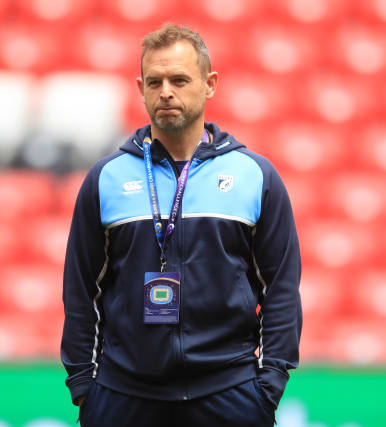 Danny Wilson will take up his new position as Glasgow head coach from next week, a month earlier than planned.

The Warriors have announced that Scotland forwards coach Wilson will take charge from Monday as Australia-bound Dave Rennie makes way in anticipation of rugby returning Down Under.

The original plan had been for Wilson to come in to shadow Rennie for the rest of the season following the Six Nations, but the shutdown of play has led to a rethink.

Wilson said: “My sincere thanks goes to Dave for providing me with an extensive handover that has allowed for this early transition.

“Dave, his staff and players have done a great job, leading the squad to the 2018/19 Guinness PRO14 final, and leaves a solid platform to develop this squad from for the future.

“We’re now looking forward to getting back to rugby and starting training as soon as is safe to do so.”

Rennie is now awaiting the green light to travel to Australia to begin work, but tipped Wilson to thrive as his successor at Scotstoun.

“I’ve been impressed with Danny,” Rennie said. “He has used the past couple of months well, spoken a lot to staff and players and is in a position to put his stamp on things. I know he’ll do a great job and he’s highly regarded by our Scottish internationals.”