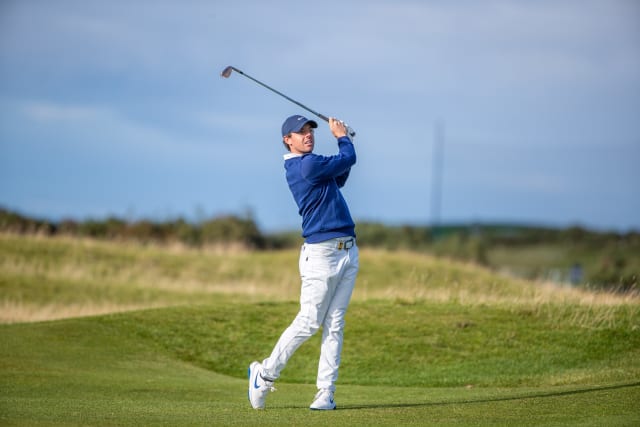 World number one Rory McIlroy does not think the Ryder Cup will be played this year, as Bournemouth goalkeeper Aaron Ramsdale became the latest Premier League player to test positive for coronavirus .

Europe’s biennial clash with the United States is currently scheduled to be played from September 25-27 at Whistling Straits in Wisconsin.

But a host of major 2020 sporting events have already been cancelled due to coronavirus and McIlroy thinks the Ryder Cup will suffer the same fate.

My personal hunch is that I don’t see how it is going to happen, so I do not think that it will happen,” McIlroy told BBC Sport NI.

“I think the majority of players would like to see it pushed back until 2021 so that they can play in front of crowds and have the atmosphere that makes the Ryder Cup so special.

“The players are the ones that make the Ryder Cup. If they are not on board with it and don’t want to play then there is no Ryder Cup.

“I see it being pushed back until 2021 and, honestly, I think that will be the right call.”

Bournemouth’s Ramsdale has tested positive for coronavirus days after his club announced an unnamed player had contracted Covid-19.

The 22-year-old has been asymptomatic and had returned a negative test on May 18 before testing positive on Friday.

There were two positive tests from the latest round of Covid-19 testing among Premier League players and staff, with the other test coming from a different club.

“It’s definitely a shock — I’ve not been in contact with anybody and I’ve now got it,” he said to the Sun.

“I’m showing no symptoms so the fact that a healthy young person could potentially have it is definitely scary and worrying.”

Former Reading and Fulham striker Pavel Pogrebnyak is in hospital with double pneumonia after contracting coronavirus.

The 36-year-old, who spent three years in English football between 2012 and 2015, has the disease, along with his wife and three children.

The news was confirmed by his wife Maria on Instagram, saying: “The husband is in the hospital, undergoing treatment! bilateral pneumonia.”

Danny Wilson will take up his new position as Glasgow head coach from next week, a month earlier than planned.

The Warriors have announced that Scotland forwards coach Wilson will take charge from Monday as Australia-bound Dave Rennie makes way in anticipation of rugby returning Down Under.

The original plan had been for Wilson to come in to shadow Rennie for the rest of the season following the Six Nations, but the shutdown of play has led to a rethink.

Wilson said: “My sincere thanks goes to Dave for providing me with an extensive handover that has allowed for this early transition.”

Jordan Rankin has returned to Australia after cutting his loan spell at Castleford short.

The full-back was on loan from Huddersfield, but is returning Down Under for family reasons.

“I’m disappointed to be cutting my time short here in the UK but my family comes first,” Rankin said on the Tigers website.