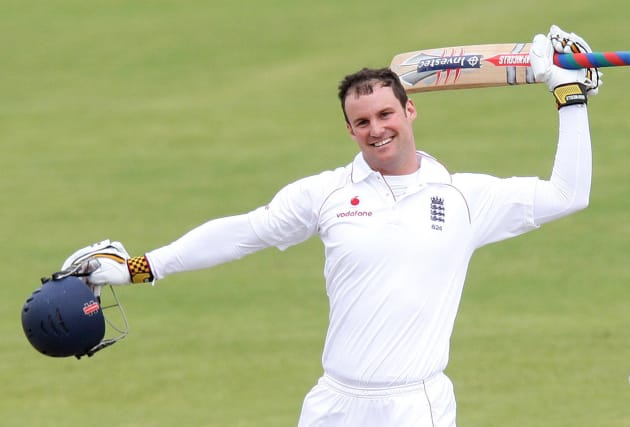 England batsman Andrew Strauss celebrated reaching his century during the second Test against New Zealand at Old Trafford in 2008.

The opener produced a match-winning innings as his 106 off 186 balls helped Michael Vaughan’s side chase down a tricky target of 294.

It was Strauss’ second century in three Tests against the Kiwis, coming shortly after a magnificent 177 in Napier which is credited with saving his Test career.

His second-innings century in Manchester helped England to an unlikely victory as they conceded a 179-run first-innings deficit.

But Monty Panesar came to England’s rescue, with his six for 37 bowling New Zealand out for 114 in their second innings.

Strauss, who became captain the following year and led England to three Ashes successes, laid the foundations of an impressive run chase with a classy century.