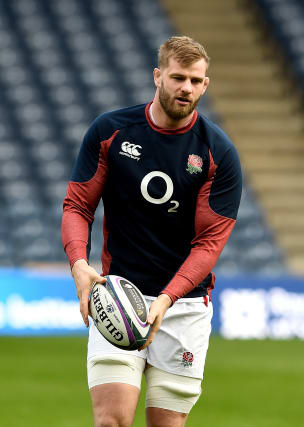 England lock George Kruis will end a 12-year association with Saracens at the end of the 2019-20 season and head to Japan after agreeing a switch to Panasonic Wild Knights in the Top League.

Kruis had a trial at Saracens in 2008 before joining the club full-time the following year, and he has helped them to five Premiership titles and three European Rugby Champions Cup crowns since then.

However Saracens will be playing in the second-division Championship in the 2020-21 season after salary cap breaches led to them being relegated and Kruis has decided to move on.

The reported one-year deal with an option to extend for a further year in Japan raises speculation about Kruis’ England future.

The Rugby Football Union does not select overseas-based players unless in “exceptional circumstances” although the governing body has not categorically ruled out selecting Saracens players who move abroad for England.

“Although this has clearly been a tough decision, I am extremely excited and honoured to take on this new challenge and chapter in my career,” said Kruis.

“(This) is a really exciting time for rugby in Japan, following the tremendous World Cup they hosted last year.”