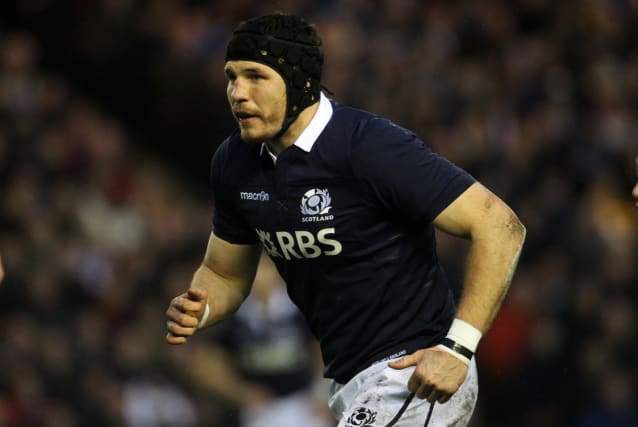 The 33-year-old Glasgow lock is hanging up his boots after scoring 16 tries in 136 appearances over eight years for Warriors.

The ex-Newcastle forward played four times in the 2015 World Cup and made the last of his 38 Scotland appearances two years ago against Argentina, suffering a leg injury which ruled him out for six months.

Swinson, who will train to be a referee, wrote on his Instagram account: “It’s a hard goodbye to the game I’ve played for the last 14 years, but it’s time to move onto the next adventure. The memorable games, victories and friendships won’t be lost, but the camaraderie will be missed.

“Glasgow and Newcastle have given me the opportunity to live my boyhood dream and it has not disappointed; playing in big games, finals and a World Cup felt better than I could have imagined.

“The team-mates who shared those highs also made the lows, the injuries and disappointments manageable, I thank you.

“To the fans who make the game what it is – whose support, undaunted by obscure away travel and awful weather, never falters – the game would be in a far worse place without you.

“I would like to thank my family, and in particular my wife, whose own sacrifices allowed me to pursue my dreams – I would never have achieved as much as I have without your support.

“Finally, to my daughters – I hope that I have shown you that you can achieve anything that you set your mind to, and that your childhood dreams can become reality too.”

Glasgow head coach Dave Rennie described Swinson as the “sharpest” defender he had ever worked with.

“Tim has had a wonderful career and it’s fitting that it ends on his terms,” Rennie said.

“Possessing a great work ethic, Tim is a very intelligent line-out forward and his knowledge and one man menace mentality makes him the sharpest defensive operator I’ve worked with.

“Competitive and aggressive, Tim brings a physical edge to training that wasn’t always appreciated by the victims but the hallmark of his game.

“His commitment to the club and his team-mates was highlighted in rehabbing from two long-term injuries over the past couple seasons. His resilience evident throughout.

“Tim has made a massive contribution to the club both on and off the field and we wish him, Ally and their two kids all the best for the future.”

Warriors managing director Nathan Bombrys added: “It’s great for not only Scottish Rugby but the wider sport that Tim’s planning to train as a referee once he has hung up his boots.

“He’s a person that has a great understanding of the game, is a good communicator, and after such a long career in the second row knows what foul play looks like when he sees it.”