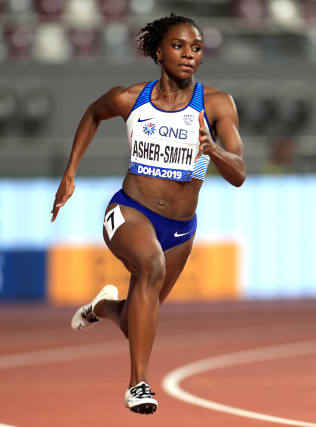 The former England Netball chief, who took over at UKA in March, sees the sporting hiatus as a chance to work through change in her organisation and for track and field as a whole to think about how it can better engage spectators in the 21st century.

“Specific throwing events… just things like that I think we can look at. Specific events, shorter formats – still the major world events, you would still want that real purity, a day or two days (of competition) like the Muller Anniversary Games, but there is absolutely the opportunity to create some shorter format stuff.”

Coates has already had to manage the difficult financial landscape created by the coronavirus pandemic, including the cancellation of the Anniversary Games which had been due to take place in London in July.

Coates said earlier this month that the decision to cancel would have a “significant impact” on the finances of UKA and the wider sport, but insisted commercial partners had been incredibly supportive of the governing body so far.

“At the moment our partners have been incredibly supportive,” she added.

“How much longer that happens, really depends on how much longer we have these restrictions in place. But so far they have been incredibly supportive.

“But we are trying to create different content for them, we’re not just sitting there going ‘thank you very much, we’ll still take your money and probably not offer you as much’, we’re looking at different ways that we can provide content.

“Hopefully then they continue to partner with us. It’s difficult for lots of sport – we’ve seen today that some of the broadcast money has been taken off much bigger rights holders than ourselves, so it is challenging but we have just got to adapt as a business and look at what our partners really need.”

UKA has been given until the end of the year to implement governance reforms by elite funding body UK Sport, after a series of crises and scandals including Zara Hyde-Peters being unable to even begin as chief executive last year over a safeguarding issue.

Coates said from an administrative point of view, the sport now had time to act on those recommendations.

“UK Sport did a review of us and we’ve got to create this change plan to drive the sport forward,” she said.

“It’s really exciting, it’s an opportunity to make lots of change with lots of people who are more than willing to make that change with us.”