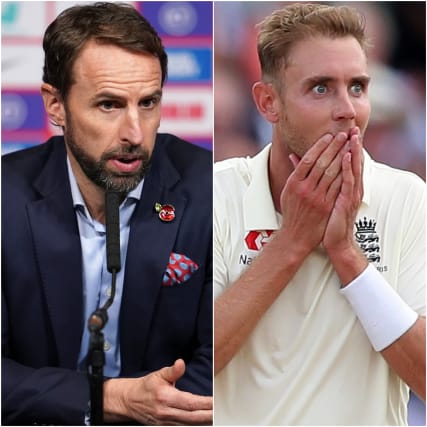 Here, the PA news agency looks at some of the best examples from May 21.

England boss Gareth Southgate, who was set to name his Euro 2020 squad this week, checked in on two NHS frontline workers.

He said: “We know the opportunity for our players to represent England on the European stage will come again but for now it’s important the nation gets behind those playing their part in helping to return society to a sense of normality.

“It was a great to make a call to Luke and Lucy and hear how they are coping during this period of adversity; something that I know thousands of others throughout the country can relate to.”

Kane was also enjoying what he does best at the Tottenham training ground, where Spurs boss Jose Mourinho enjoyed a cycle.

In Mental Health Awareness week, Tottenham forward Lucas Moura sent a pair of his boots to young Spurs fan called Lucas, who drew on his own experience of self-isolating during chemotherapy to offer advice to others on coping with self-isolation during the coronavirus pandemic.

Former Liverpool and England defender Jamie Carragher completed a run to raise funds for the NHS.

Crystal Palace released footage of how their players are operating on their return to training.

Tottenham and England midfielder Dele Alli was all set for an afternoon of gaming.

Liverpool midfielders Georginio Wijnaldum and James Milner were both delighted to be back training.

Manchester United midfielder Scott McTominay was showing off his talents with a golf club.

England seamer Stuart Broad was back at Trent Bridge training.

Dina Asher-Smith was back on the track.

The Hannover Drive-in Darts Gala was announced to take place on June 24 with Michael Van Gerwen and Raymond Van Barneveld among the field. A VIP ticket includes a parking space in the first row, a photo with the players around your car, with one of the stars cleaning your windscreen!

World number one Van Gerwen is raring to go.