Coronavirus wrap: Cricketers return to work as both rugby codes plan next moves 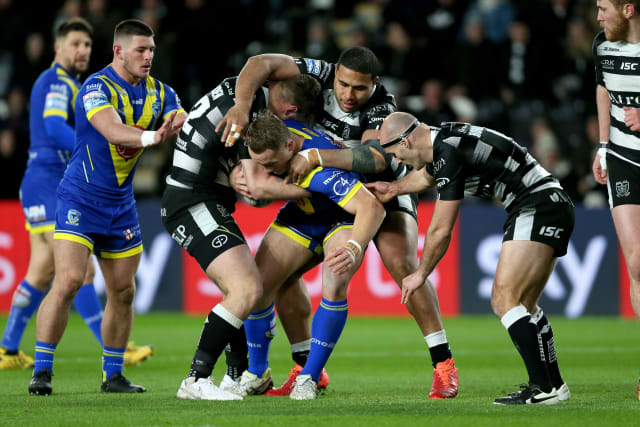 Sport’s tentative return to training grounds and stadiums continued on Thursday, with both rugby codes pondering their next steps and the Scottish Government opening the door at recreational level.

Super League clubs have been working on plans to get their competition back under way and have drafted three proposals for the Rugby Football League to assess next week.

The PA news agency understands there is a proposed return date of August 16 in each case, with models for 22, 24 or 28 rounds of fixtures respectively and Grand Final dates in November, December or January.

Crucially, though, the clubs intend to aspire towards having fans back through the turnstiles as early as October 1 – provided Government advice and public health guidance allows.

Super League chief executive Robert Elstone issued an open letter on Thursday evening, in which he underlined the importance of a live crowd.

“Whilst it is as certain as it can be that our restart will take place behind closed doors, what is most important to you and us is when fans will be allowed back into our stadiums,” he wrote.

“Work has already begun on crowd management in a Covid environment to ensure we’re as ready as we can be when the opportunity first arises.”

In the 15-man game a meeting of the Professional Game Board concluded with the news that top-flight clubs in England were at least a fortnight from a resumption in training.

Chair Chris Booy said: “The group agreed that although a huge amount of work is being undertaken to enable a safe return to training for Premiership clubs, more time was needed to ensure that players, staff and officials can return to a safe training environment, and that is not expected to be in place for a minimum of two weeks.

“Safety and welfare remains of paramount importance to all of us in the rugby community, and we look forward to the season resuming when it is safe to do so.”

Eighteen England bowlers have already been invited back to one-on-one practice sessions by the ECB, with batsmen, wicketkeepers and white-ball specialists all due to follow ahead of the delayed visit of the West Indies.

The full list has yet to be announced but veteran seamer Stuart Broad surprised nobody by revealing he was among those involved.

Broad chronicled his return to Trent Bridge through his Instagram story, where he pictured himself taking his temperature with a digital thermometer at home, showed a dedicated car parking space at the ground and even a specially-marked women’s toilet for his exclusive use.

There were positive noises from two of the summer’s other scheduled touring teams, with Cricket Australia chief executive Kevin Roberts suggesting “there is some chance” its trip would be fulfilled and Pakistan Cricket Board counterpart Wasim Khan revealing logistical planning was already under way.

North of the border, there was a move towards resuming non-contact sports including tennis and golf from next Thursday.

First Minister Nicola Sturgeon addressed Scottish Parliament to outline a four-stage plan to emerge from current restrictions, beginning from May 28.

“Some non-contact outdoor leisure activities will be allowed to restart, such as golf, tennis, bowls and fishing, subject of course to appropriate hygiene and physical distancing,” she said.

Back in England, chief medical officer Professor Chris Whitty suggested members of the public may have to play football with rule changes before a vaccine is found.

In response to former Wales international Robbie Savage, he told the daily briefing that having a vaccine on a widespread scale before next year is “very unlikely”.

“So I definitely hope that football will be available – possibly with some degree of change of how it’s played, there may have to be some ways we think it through – in advance of a vaccine,” Professor Whitty said.

“My very strong hope, and I’m sure this is a strong hope of everybody’s, is football is well before we get right out to that right-hand end of that path.”

There were further developments in the continuing debate about the conclusion of the 2019/20 season, with the English Football League board indicating that relegation remains central to maintaining “the integrity” of professional football even if Covid-19 curtails the campaign.

The board’s framework sets out that “the principle of relegation across all three divisions is integral to the integrity of the pyramid, from the Premier League down to the National League”, at odds with moves to suspend demotion from the fourth tier.

As well as setting out the principle on relegation, the EFL board says the play-offs should be played in the event of curtailment but should not be extended beyond the regular four teams.

EFL chairman Rick Parry said: “The board has always acknowledged that a single solution to satisfy all clubs would always be hard to find, but we are at the point now where strong, definitive action is needed for the good of the league and its members.”