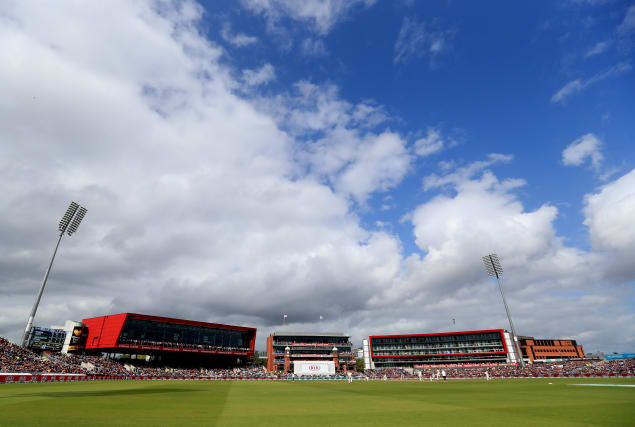 Bowlers are to start training at seven county grounds from Thursday as cricket joins football in stepping up its return to action plans amid the coronavirus pandemic.

Sport was brought to a shuddering halt in mid-March as the world attempted to get a grip on Covid-19, but socially-distant training is beginning across the country.

The England and Wales Cricket Board has announced that up to 18 bowlers will take part in individualised training sessions across seven county grounds from Thursday.

Edgbaston, Emirates Old Trafford, Emirates Riverside, Kia Oval, Trent Bridge, Taunton and Hove are the assigned venues, with each hosting at least one session this week before a full roll out from Monday.

The designated bowlers, whose identities have not yet been confirmed, will have their temperatures checked but no testing is planned in stage one of the return to training.

Phase one of football’s return was given the green light by Premier League clubs at the start of the week, allowing clubs to start small, socially-distanced training sessions from Tuesday.

Six people across three top-flight clubs tested positive for coronavirus out of 748 in the initial round of testing, including three at Watford – one player and two staff members – and Burnley manager Ian Woan.

Sheffield United manager Chris Wilder told Sky Sports: “A lot of people have been tested and the signs are encouraging.

“Testing has been very thorough. A lot of hard work has gone into to make sure this runs as smoothly as possible.

“It is baby steps in the process of returning to full training.”

While the Premier League is looking to restart, the situation in the EFL is far less certain and Sunderland insist the League One campaign must be finished on the pitch.

There is disagreement among third-tier clubs about how to proceed, with the north-east side part of a group of six clubs who announced last Thursday their commitment to completing the season on the pitch.

Sunderland chief executive Jim Rodwell said: “We believe that any league placings should be determined by what happens on the pitch, not in a meeting room and most certainly not in a courtroom.”

On a wider scale, UEFA president Aleksander Ceferin expressed his belief that “good old football with fans will come back very soon” despite the ongoing Covid-19 crisis

Asked whether he would bet a million dollars that Euro 2020 will be played in 2021, he told the Guardian: “Yes, I would. I don’t know why it wouldn’t be.

“I don’t think that this virus will last forever. I think it will (change) sooner than many think.

“It’s a serious situation but it is going down now and we are being more cautious.

“We know more about the virus and in general I’m an optimistic person.

“I don’t like this apocalyptic view that we have to wait for the second and third waves or even a fifth wave. People you know are likely to die one day, but do we have to be worried today? I don’t think so.

“We are ready and we will follow the recommendations of the authorities but I’m absolutely sure, personally, that good old football with fans will come back very soon.”

Meanwhile, the 2020 Prudential RideLondon-Surrey Classic has been cancelled due to the coronavirus pandemic, leaving Britain without a major cycle race this year.

The WorldTour event, scheduled for August 16, had been included on the UCI’s revised calendar earlier this month but organisers on Wednesday pulled the plug on the race, as well as the women’s RideLondon Classique and the accompanying mass participation events.

Will Norman, the London Mayor’s walking and cycling commissioner, said: “RideLondon has been one of the highlights of the capital’s event calendar for the last seven years, so it is obviously disappointing that it cannot be staged this year.”