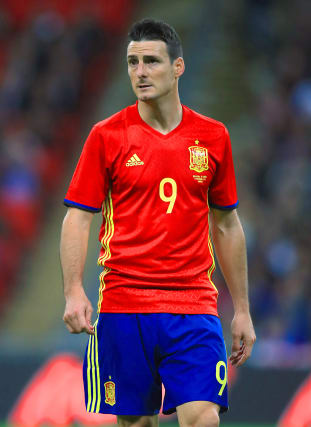 The 39-year-old needs a hip replacement and the coronavirus pandemic has robbed him of a chance to end his career on a high note.

Arduriz was due to play in an all-Basque Copa del Rey final against Real Sociedad in April.

“The time has come. Many times, I have said that football will leave you before you leave it,” the striker, who played for Spain 13 times, wrote on Twitter.

“Yesterday, the doctors told me to go see the surgeon, sooner rather than later, to get a prosthetic to replace my hip and to try and go about my everyday life, as normally as possible. Unfortunately, my body has said ‘enough’.

“I can’t help my teammates the way I would like to, nor the way they deserve. That is the life of a professional athlete. Simple. Very simple.”

Aduriz scored 141 goals in 296 appearances for Bilbao, while he also played for Valencia and Mallorca.