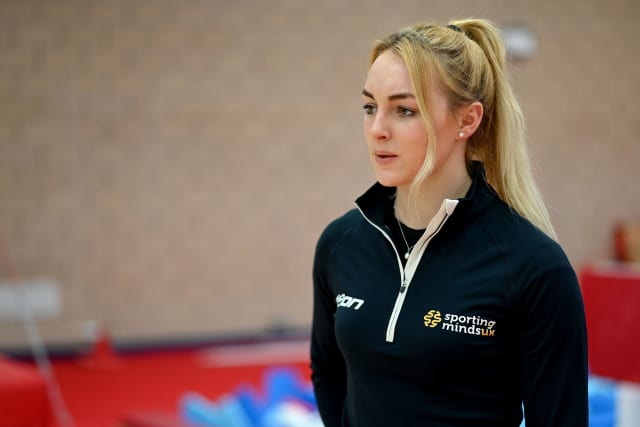 Fast-tracked onto her sport’s world-class performance programme after enjoying considerable success as a junior, modern pentathlete Zoe Davison felt she ought to have been living her lifelong dream.

Still in her teens, Davison had funding, food and psychological advice at her fingertips, as part of a UK Sport-led investment structure designed, in its own words, to enable athletes “to realise their full medal-winning potential”.

Less than two years later, Davison’s initial doubts were realised after injury and mental illness led her to spend a period of time in the Priory Hospital and ultimately to come to the decision to quit the world-class programme for good.

Davison told the PA news agency: “I was very fortunate to have had a great season as a junior and I was fast-tracked onto the senior squad.

“I never really wanted to go onto the programme because I had such an amazing team around me at the time that I really believed in.

“I had a great first six months but then I suffered with an eating disorder and was diagnosed with depression in April last year. I had a break from the programme before I decided to come off it for good.

“I remember the day I made the decision. I said to someone close to me: ‘This is ridiculous, it’s what I’ve worked for my entire life, and I’m deciding to leave it.’

“Once you get on the world-class programme all the support is there at your fingertips, but sometimes I just felt like the athletes were hamsters on a wheel.

“The real reason why you’re doing sport should be for the love of it and to get the best out of yourself, and I found that being on the programme really reduced that spark and the reason why I started sport in the first place.”

Davison is an ambassador for Sporting Minds, a charity set up by former academy-level cricketer Callum Lea to provide mental health support to young sports people, and facilitate their transition into the elite sports environment.

“I think the main reason why I started going through some mental health issues of my own was the transition to the professional lifestyle,” said Lea, who played for two season with Worcestershire at junior level.

“The demands for professional athletes are so different and you are never quite prepared.

“People look at professional athletes as having loads going for them, but it is actually a very difficult period. Athletes need to be seen not just as machines, but as people too.”

For Davison, now 21, her brief experience at top-level sport has done nothing to dampen her desire to reach the Olympic Games, most realistically in Paris in 2024.

Having relinquished any prospect of direct funding by virtue of leaving the programme, Davison knows she faces a battle both in terms of establishing a sufficient support structure, and convincing her governing body, Pentathlon GB, of her availability for selection.

“I think my perspective has changed massively,” added Davison. “I’m no less motivated or determined to medal at the Olympics, but for me happiness has to come first.

“I truly believe that when I’m happy my results will be better than if I’m caged up in that minimalistic environment where I’m not even responsible for what is being put on my plate.

“I think if you have completely sacrificed your entire life to get to an outcome, that’s where a lot of athletes fall into a hole.

“The gold medal around their neck is what they’ve always dreamed of, but when they get to that stage it’s five minutes in their life and it’s been a 15-year build-up, and they’ve slogged their guts out for 15 years and is it really worth it?

“I think enjoying the journey is the most important part and the medal is the cherry on the cake. If you don’t have anyone to come home to, you’re just going back to an empty room with a gold medal.”

In response, Pentathlon GB said all athletes on its elite training programme have access to the English Institute of Sport and UK Sport’s mental health support network, including access to psychiatrists and clinical psychologists for outpatient and inpatient care at the Priory.

Chief executive Sara Heath added: “All athletes regardless of whether they train within the Elite Training Programme or outside are eligible for selection through a series of ranking competitions held each year.”

:: Sporting Minds UK is a registered charity that provides and promotes mental health support in young sports people. To access one-to-one support, get involved or donate go to: www.sportingmindsuk.org