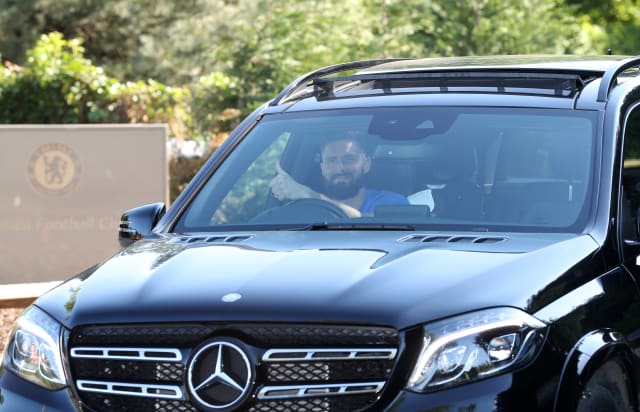 Excitement and uncertainty prevailed as Premier League players began to make a tentative return amid the coronavirus pandemic.

While some players welcomed the opportunity to get back to work in small groups, others like Troy Deeney and Danny Rose expressed reluctance to rush the process.

Meanwhile the Premier League announced that six individuals connected to three clubs have tested positive, after Covid-19 testing was conducted across Sunday and Monday.

A statement read: “The Premier League can today confirm that on Sunday 17 May and Monday 18 May, 748 players and club staff were tested for COVID-19. Of these, six have tested positive from three clubs.

“Players or club staff who have tested positive will now self-isolate for a period of seven days.”

Manchester United defender Luke Shaw said everyone in the Old Trafford dressing room is “really excited to be getting back to some normality” as they take the “massive step forward” of returning to training on Wednesday.

But Deeney said he had no intention of returning to training with Watford, and Newcastle loanee Rose criticised the authorities for treating players like “lab rats” during the process.

Connah’s Quay Nomads have been declared Welsh Premier League champions for the first time after the Football Association of Wales confirmed the end of its season.

The decision meant Connah’s Quay will take the Welsh spot in the Champions League qualifying stages with The New Saints, champions for the past eight years, in second place.

Despite proposals this week for a Silverstone double-header to help get the Formula One calendar back on track, officials say UK Government plans for a 14-day quarantine on all arrivals from abroad would make a race “impossible”.

The event at Silverstone is still scheduled to take place on July 19 despite the opening 10 races of the season not going ahead as scheduled, three being cancelled and seven postponed.

A Formula One spokesman told the BBC: “We would be travelling back to the UK on F1 only occupied aircraft and all staff would be tested, making a quarantine totally unnecessary.

“If all elite sport is to return to TV, then exemptions must be provided.”

Rugby League’s Challenge Cup final, slated for Wembley on July 18, has been postponed.

The Rugby Football League still hopes to stage the showpiece later in 2020, so long as Government advice permits. The competition had reached the sixth-round stage.

Lancashire are waiting on a decision from the England and Wales Cricket Board on whether Emirates Old Trafford will host behind-closed-doors Test matches this summer.

The ECB is planning to host series against West Indies and Pakistan at ‘biosecure’ venues.

Lancashire’s acting chairman Les Platts said: “We have expressed our interest to the ECB, we are waiting on the ECB for a decision on that. We are continuing to plan on the basis it will happen.

“We have done extensive planning now for behind-closed-doors cricket and we are hopeful we will get the green light soon and we will have cricket going again in July.”

Lancashire are still waiting on the exact protocols for what makes a ‘biosecure’ environment.

GB Taekwondo will become one of the first Olympic sports to resume training next week at its base in Manchester.

Elite athletes including Jade Jones and Bianca Walkden will be required to take antibody tests before returning to training, which will be non-contact unless – like Jones and Walkden – they are from the same household.

GB Taekwondo chief executive Matt Archibald told the PA news agency: “The athletes have been pushing to get back into training because they like the environment and they are such hard trainers.”

The Blair Castle International Horse Trials, due to take place from August 27-30 near Pitlochry, have been cancelled, organisers have confirmed.