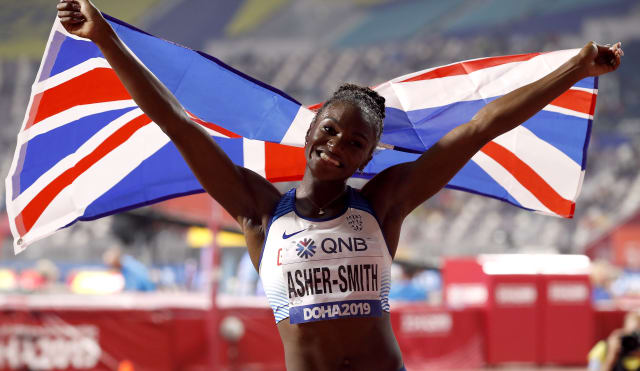 Commonwealth Games chief David Grevemberg is unconcerned by the prospect of Birmingham 2022 being shorn of some of sport’s biggest names due to the fixture pile-up caused by the coronavirus pandemic.

Stars like Dina Asher-Smith and Katarina Johnson-Thompson face a dash back from defending their world athletics titles in Oregon in July if they are to line up on their home track less than two weeks later.

Meanwhile other big names like world record holder Adam Peaty will also have one eye on the multi-sport European Championships due to start in Munich just four days after Birmingham draws to a close.

But Grevemberg, the Commonwealth Games Federation’s chief executive, insists it is up to his organisation and the host city to leave the big-name stars in no doubt about the necessity to attend.

Grevemberg said: “The Commonwealth Games has always had that mix of aspiring stars and great world and Olympic champions – I think that is part of the charm of the event and I don’t see anything different for Birmingham 2022.

“I think the athletes are going to show up and be a part of this great moment in time. It’s up to us to create that moment, and create the event that people can’t afford to miss.”

Grevemberg admitted that, in common with other major sports federations, the CGF faces challenges to convince interested parties of its continued relevance and value in the wake of the likely financial impact of Covid-19.

In a timely development, the CGF has released its Value Framework Report, conducted by PricewaterhouseCoopers, which calculated the GDP boost in each of the previous four host cities to be in excess of £0.8 billion.

The report, which also identified a 25 per cent increase in tourism for host cities in the three years following a Games, comes as the CGF continues to work closely with the Hamilton in Canada as prospective hosts of the 2026 event.

However Grevemberg acknowledged that the CGF and future host cities will need to respond to the changing global conditions in innovative ways, including potentially reducing athlete numbers, and continually reconsidering the sports programme.

“I would say for any sport, now more than ever, there is a need to demonstrate the benefit that you can provide to the communities that you serve,” added Grevemberg.

“I think Covid-19 is forcing us to co-operate and collaborate differently, and I think it’s forcing us to be even more innovative, and that may start with us looking at consolidating and becoming more efficient.”

Grevemberg did not rule out staging further satellite events following the decision – despite resistance in some quarters – to stage a separate Commonwealth Championships for shooting and archery in India, after they were stripped from the Birmingham programme.

“We have found a solution for 2022 which is one that provides great opportunities for the athletes, and one that still develops the sport and still gives prominence and recognition in terms of the legitimacy of the event,” added Grevemberg.

“I think it is a solution that lends itself to further exploration and I think we shouldn’t take anything off the table right now, in terms of finding innovative ways to deliver sport across the Commonwealth.”