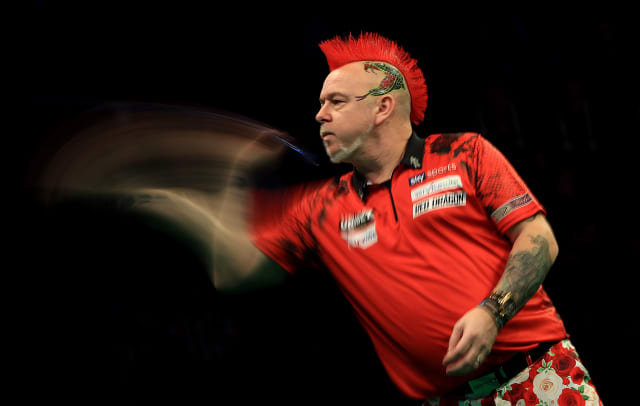 World champion Peter Wright squeezed into the next stage on the final night of the PDC Home Tour’s opening round then told the competition “you ain’t seen nothing yet”.

‘Snakebite’ Wright emerged from a tight group on leg difference after beating Adam Hunt (5-2) and Krzysztof Ratajski (5-4), but was unable to make it a clean sweep when Justin Pipe claimed the deciding ninth leg to close the show.

Things might have been different had Ratajski defeated Hunt from a position of 4-1 up in the pemultimate match but Wright, who hits 10 180s in his three outings, refused to let the loss knock him off stride.

“I’m still in the competition, I’m the world champion and I think I’ll win it,” he said.

“You ain’t seen nothing yet, watch this space! No-one’s perfect. This Home Tour is very, very difficult and I’m glad to get a second chance to play. It was a tough group.”

Pipe, who had not beaten Wright for four years on the regular circuit, added: “He was through, (maybe) he took his foot off the gas a little.It’s good to see the world champions in the next round.”

Pipe had earlier been routed 5-0 by Ratajski and went to down 5-3 to Hunt, who finished second.

Wright was given a second chance to progress on the final night of group action after being pipped by Jamie Lewis on the opening night.