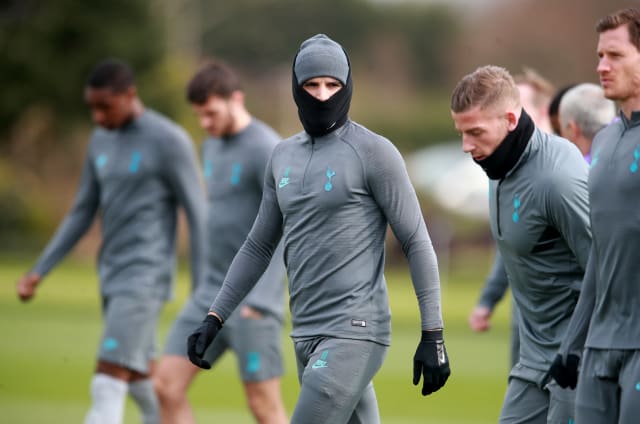 The Premier League took the next step on Project Restart on Monday as the Scottish Premiership called time on its own campaign and the Football Association prepared the ground to curtail the Women’s Super League season.

Premier League clubs unanimously approved plans to resume training in small groups from Tuesday, part of a plan which could see play resume in mid-June.

Players must practise social distancing at all times, the league said, with contact training not permitted at this stage.

Testing for coronavirus at top-flight clubs has taken place over the last two days and will continue throughout the training period and the return to match action in a bid to make the environment as safe as possible for all concerned.

The Premier League vote came after its counterparts north of the border received confirmation the season was over following a vote last week, with Celtic crowned champions for a ninth consecutive year.

However, Hearts are contemplating taking legal action after the decision condemned them to relegation.

A points per game average has been used to determine final placings, leaving Celtic to celebrate another league triumph as they were 13 points clear of Rangers – albeit having played one game more – when football in Scotland was halted on March 13 because of the coronavirus pandemic.

Hearts were four points behind second-bottom Hamilton with both sides having eight fixtures remaining.

A statement from the Edinburgh club read: “We have stated from the outset that we don’t believe it is right that any club should be unfairly penalised because of the Covid-19 pandemic.

“Legal action would be both time consuming and expensive. However the cost to the club of relegation would outweigh these considerations.”

The FA said it was in discussions with clubs in the Women’s Super League and Women’s Championship over ending the season.

Nigel Clough became the latest manager to lose his job amid the pandemic, with Burton announcing he had stepped down due to the financial implications of the shutdown.

Meanwhile, FIFA has announced it will organise a charity match to help raise funds for the fight against coronavirus.

Eddie Hearn has admitted there is still “lots to overcome” in his bid to bring back boxing with a series of shows at his Matchroom headquarters in Essex.

The promoter is planning to stage bouts – including the heavyweight clash between Dillian Whyte and Alexander Povetkin – under strict quarantine rules from next month.

Although he said he hoped the sport would return “very soon” he cautioned: “We are starting to put them together now – still lots to overcome but we are on our way.”

Chicago Cubs chairman Tom Ricketts has called the shutdown a “financial disaster” for baseball as he warned each of the 30 teams in Major League Baseball faced losing tens of millions of dollars.

The 2020 season is yet to begin and when it does, it seems likely that all games will be played behind closed doors, presenting a huge problem for teams that earn around 70 per cent of their revenue from hosting games, and 30 per cent from broadcasting.

Speaking on the virtual Leaders Week Direct 2020 conference, Ricketts said: “It’s a financial disaster. The timing was pretty bad for baseball because it was before we even got a chance to get up and running…

“Everyone is looking at nine-figure losses. This is as bad a financial situation as anyone can imagine.”

Various suggestions have been put forward on resuming play, including using a limited number of ballparks and revising the schedule to minimise travel, but no return has yet been scheduled.

NHL commissioner Gary Bettman is looking at ways the league can resume and said it remains a priority to complete the 2020-21 season and award the Stanley Cup, even if that means delaying the start of next season.

“That is what fans are telling us they’d like us to do,” Bettman said. “People have an emotional investment in this season already. Players tell us they would like to come back and finish the season.

MLS commissioner Don Garber told the online conference his league was looking at the possibility of using neutral venues when play does resume,  although no final plans have yet been made with the schedule uncertain.

Golf’s governing body the R&A has announced a £7million funding package to help national associations and affiliated bodies find a path through the pandemic at all levels of the game.