What is the latest state of play in the English and Scottish leagues? 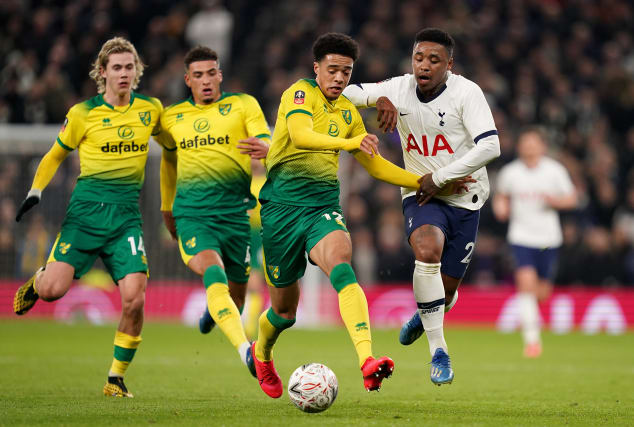 Germany’s Bundesliga marked its return to action this weekend offering a template that others may seek to follow.

Here the PA news agency casts its eye over the current state of play in England and Scotland, as officials fight to find the fairest way to complete an increasingly problematic campaign.

Premier League officials are working towards a behind-closed-doors return in June although some players and officials have expressed their concerns and questioned whether restarting as early as June 12 will be possible. The plan to play games at neutral venues  appears to have been rejected. Nevertheless, the top-flight is intent on completing the season.

The EFL has confirmed it intends to proceed with promotion and relegation irrespective of whether the season is completed or curtailed. But a number of clubs are holding out against a restart and Norwich sporting director Stuart Webber insists clubs – Leeds and West Brom are currently first and second – should not be promoted from the Championship at his club’s expense unless the Championship season is completed.

League One clubs met with EFL officials last week but failed to reached a consensus on how to conclude the current season. Acknowledging the “varied views” of the respective clubs, the EFL said a “further period of reflection” will be required prior to further meetings.

In contrast, League Two clubs are moving towards ending the 2019-20 season on a  points-per-game basis, with three clubs promoted, play-offs still taking place, and no relegation to the National League. As it stands, Crewe, Swindon and Plymouth would be the promoted clubs. The EFL board will consider the implications of the League Two clubs’ position when it meets on Wednesday.

The remainder of the National League season has been cancelled, while League Two’s decision to suspend relegation also appears to have ended the prospect of promotion play-offs taking place. However leaders Barrow could still be promoted due to Bury’s demise at the start of the season, while second-placed Harrogate believe they still have a part to play too.

The SPFL board is expected to ratify a decision to curtail the season on a points per game average thus declaring Celtic champions and potentially relegating Hearts. However, there are now suggestions that a league reconstruction proposal led by Hearts chairman Anne Budge could be back on the table which could save her club from the drop.

With the season officially finished, as things stand Dundee United will be promoted to the Premiership and Partick Thistle will be relegated. However, reports that clubs are revisiting reconstruction plans could yet save Thistle and spell good news for second-placed Inverness Caledonian Thistle.

With the season declared over, Raith Rovers are set to be promoted and Stranraer relegated. Again, if reconstruction talks resume and bear fruit, the outcome could enable second-placed Falkirk to also be promoted, and potentially save Stranraer. However, as League Two clubs had previously collectively proposed a new 14-14-14 structure, there could be even more upheaval.

Cove Rangers have been declared champions in their first league season, and are set to be be promoted – possibly alongside second-placed Edinburgh City. Brechin, seven points adrift at the bottom, will not be relegated. The respective Highland and Lowland League champions, Brora Rangers and Kelty Hearts, are pinning their hopes on league expansion.