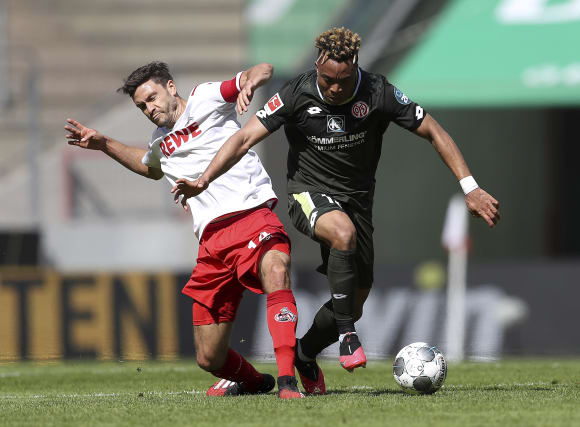 Struggling Mainz fought back from two goals down to salvage a 2-2 draw at Cologne as football returned to the RheinEnergieStadion.

The hosts had got off to a flying start when Mark Uth fired them in front from the penalty spot in the sixth minute after a foul by Moussa Niakhate.

Mainz had a chance to equalise through Robin Quaison but Cologne doubled their lead early in the second half through a Florian Kainz header.

But the visitors pulled one back against the run of play just past the hour mark when Bote Baku crossed for Taiwu Awoniyi to convert his first Bundesliga goal.

Quaison missed a chance to equalise before Pierre Kunde Malong sealed a point with a superb solo effort, taking advantage of some dismal Cologne defending to dribble through the middle and fire the equaliser in the 72nd minute.