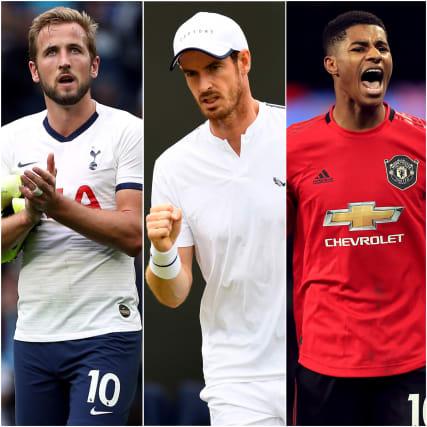 Here, the PA news agency looks at some of the best examples from May 17.

With Premier League clubs set to return to training this week, under strict safety guidelines, Liverpool defender Andrew Robertson appeared to be relishing the prospect of being back at the club’s Melwood base.

Manchester United forward Marcus Rashford was encouraging a youngster working on his skills in the garden.

Before digging out the video of himself doing it.

The England international, alongside Andy Murray, also surprised a community nurse from Scotland.

His Manchester United team-mate Odion Ighalo was sticking to social distancing advice behind the wheel.

Brentford were celebrating winning the Football Manager EFL Cup after beating Swansea on penalties in the final.

Kevin Pietersen unveiled a chair designed to showcase all the shirts he wore throughout his cricket career.

Promoter Eddie Hearn, who on Friday revealed plans to stage bouts in the garden of his Matchroom headquarters, was yearning for the day top level boxing can be staged again at New York’s world famous Madison Square Garden.