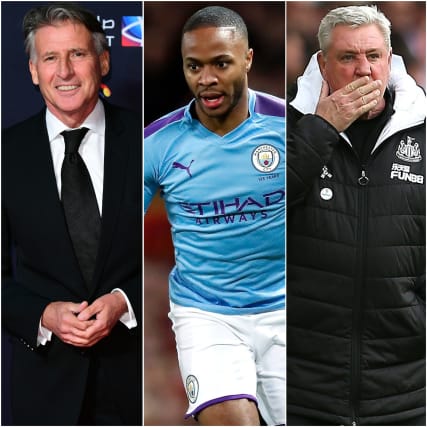 Prominent sports figures have expressed caution over tentative plans being made by governing bodies to resume competitive action during the coronavirus pandemic.

World Athletics president Lord Coe has conceded meetings will have to return behind closed doors, while Premier League players have hinted plans to kick off again on June 12 are unrealistic.

A revised Diamond League calendar last week proposed a re-start in mid-August and in an interview with Inside The Games, Coe acknowledged the reality that spectators are likely to be barred.

Coe said: “In the short term we may have to compromise on that. We can’t be oblivious or tin-eared to what we are being told by local communities and public health authorities.

“It may well mean that. I don’t think anybody is contemplating this as the ideal long-term solution – sport would wither on the vine quite quickly if that were the case.

“But that may well be a compromise we have to make in order to get the athletes back into competition, leagues finished, at least some kind of competition.”

Raheem Sterling and Steve Bruce have both indicated their reluctance to aim towards a proposed June 12 Premier League comeback as players begin to cautiously return to training this week.

Speaking in an interview with USA Women captain Megan Rapinoe on his Youtube channel, Sterling insisted players would require at least a month of full training before they can be pitched back into big-match action.

Sterling said: “You can’t come back in with one and a half or two weeks (of training).

“You’d need a full four to five weeks, especially if you’re going to go back into competition, when you’re literally paid to win. You do need to do that preparation – you can’t just go straight in.”

His concern was echoed by Newcastle boss Bruce who said: “If we were doing pre-season, we would have six weeks and probably have six friendly games to get them ready for the first league match.

“We need enough preparation to get these players into shape or they are just going to fall down like a pack of cards.”

Germany’s Bundesliga returned this weekend, and plans are afoot for June resumptions in Spain and Italy, prompting UEFA president Aleksander Ceferin to predict most European leagues will be able to finish the season.

However, Ceferin warned those leagues which have already opted to finish their campaigns – including France and Holland – will need to play qualifiers in order to compete in next season’s Champions and Europa Leagues.

“I think the majority of leagues will finish the season,” said Ceferin. “The ones who will not, it’s their decision. But they will still have to play qualifiers if they want to participate in the European UEFA competition.”