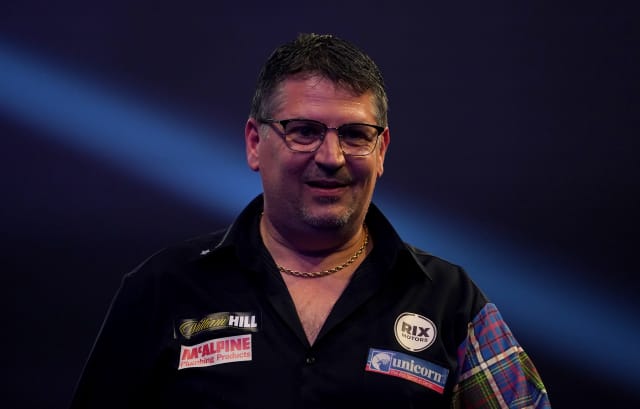 Gary Anderson showed there was little wrong with his Wi-Fi or his darts as he eased to victory in Group 30 of the PDC Unibet Home Tour.

The two-time world champion had to pull out of the launch of the tournament because his internet signal was not strong enough.

But he ironed out the technical difficulties and only dropped four legs all night to make the last 32 with three wins from three.

The Scot thrashed both Dirk Van Duijvenbode and Dimitri Van Den Bergh 5-1 before beating Kim Huybrechts 5-2 in the deciding contest after the Belgian had also won his first two matches.

The Somerset-based player was not on top form, averaging low-to-mid 90s, but he comfortably moved into the second round.

Anderson said: “There was some absolute garbage in between but happy to get the win. The boys must have felt sorry for me.

“It is a bit hard. I have been pacing up and down at the back of the stage. I’m listening to the phone and I’m watching the iPad and I’ve not really got a clue what’s going on. But I got there in the end.”