Windsurfer Emma Wilson back on the water after lockdown 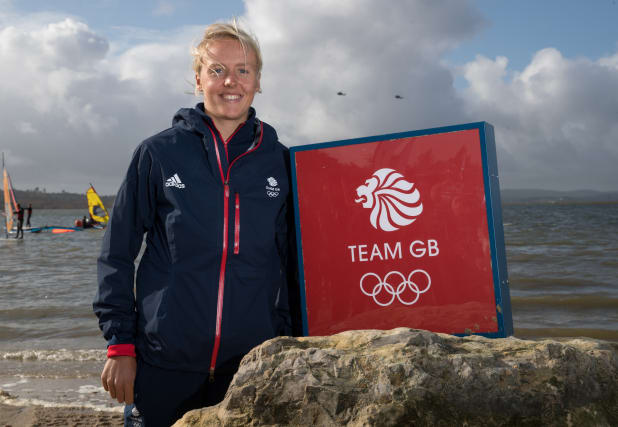 Tokyo-bound windsurfer Emma Wilson spent the last 52 days being tormented by the view of the out-of-bounds ocean from her living room window in Portland, Dorset.

But while many top sports stars reacted to this week’s tweaked government lockdown guidelines with more frustration, for Wilson and the rest of the Great Britain sailing team it meant a long-awaited return to the waves.

Under the new guidelines, Wilson and her team-mates are allowed to set sail again on a recreational basis, subject to social-distancing rules which include being restricted to setting out solo, or with members of the same household.

For Wilson – sharing her lockdown with her mother Penny Way, who finished sixth for Great Britain at both the 1992 and 1996 Olympics – it means a resumption of the only kind of normality she has ever known.

Wilson told the PA news agency: “It was definitely the longest I had not been able to sail since I was very young.

“I missed the feel of the salt water, and that ability to get away from everything when you’re on the water. I could see it every day from the window of my house, and I was trying my best not to look at it too much.”

Sailing’s national governing body, the Royal Yachting Association, welcomed the Government’s new guidelines and stressed it would continue working towards fulfilling the criteria for a full-time return to the water.

The RYA’s Olympic performance manager Mark Robinson said: “The British Sailing Team remains very mindful of the risks of Covid-19 and the extra burden any accidents might place on the emergency services, so all athletes have received specific guidance to minimise these risks.

“We intend to heed the Prime Minister’s words that we must take small steps and that this is going to be a long and gradual process to get back to normal.”

Wilson has already been selected for the Tokyo Olympics and has been assured by her governing body that she will retain her place despite the Games being delayed by a year.

The 21-year-old admits she is in two minds about the benefit of the delay, given a stirring senior season in which she finished fourth at the Tokyo test event but being afforded the benefit of 12 months’ more experience.

For the time being, however, Wilson is concentrating on the hard graft required to enable her to return to the sort of form which marked her out as one of the top British prospects to watch at the Games.

Wilson added: “I went out for the first time on Wednesday and it all felt a bit rusty, and I fell in a few more times than I normally would.

“I’m sure it will all come back quickly but for now I am just trying to enjoy more, because I can appreciate what happens when it all suddenly gets taken away.”