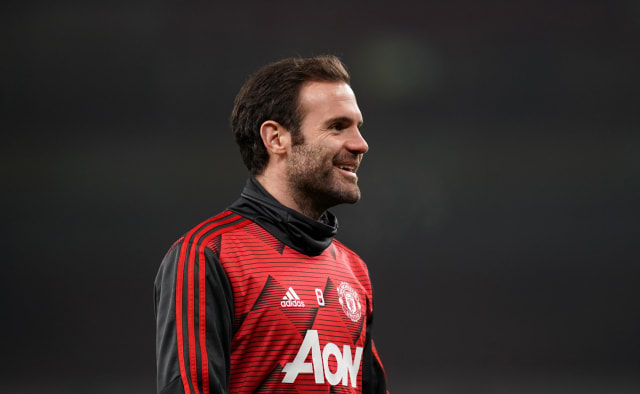 Here, the PA news agency looks at some of the best examples from May 15.

Manchester United midfielder Juan Mata will be on the judging panel for an art competition ran by the PFA Charity, which will raise funds for NHS Charities Together and the Prince’s Trust.

The Art4NHS competition will see children and adults submit paintings and drawings on the theme of the NHS and community spirit, with individual prizes across four age groups including matchday tickets for next season and football shirts.

Mata, who is joined on the panel by artists Darren Baker, Lauren Baker and Ian Berry, said: “In the face of adversity, it has been inspiring to see the remarkable work of the NHS staff and also how communities have come together.

“This competition aims to show support for everything the NHS staff and keyworkers are doing on our behalf and celebrate the simple acts of kindness that can brighten up people’s lives during these challenging times.”

Chelsea will take the number of free meals distributed to NHS staff and charities that support elderly and vulnerable people to 115,520 over the next fortnight after extending their initial six-week initiative.

The club will continue to work alongside charity partners to support the elderly, those in sheltered accommodation and vulnerable groups, while they will also keep making the Millennium Hotel and Copthorne Hotels at Stamford Bridge available to the NHS.

David Beckham paid tribute to his former Manchester United youth coach Eric Harrison and urged his followers to check out the work of the Alzheimer’s Society.

Derby midfielder Wayne Rooney was on target with a throwback from his MLS days.

Manchester United forward Marcus Rashford held no grudge towards Andy Murray after the tennis player beat him in a quiz on Thursday, wishing the Scot a happy birthday.

AC Milan forward Zlatan Ibrahimovic was back in training.

Liverpool goalkeeper Adrian was staying sharp with the help of his dad.

Former Australia captain Ricky Ponting was delighted to return to the golf course.