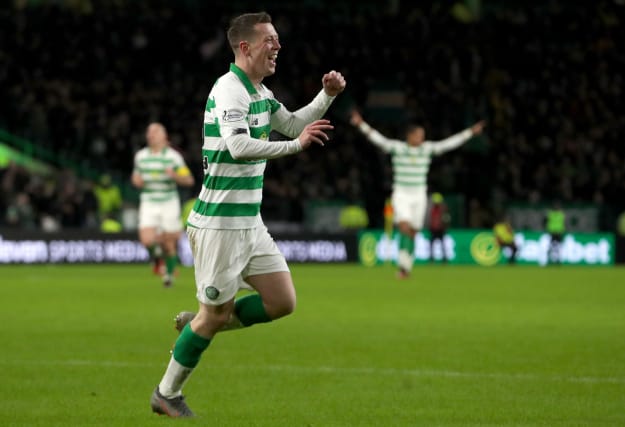 Celtic midfielder Callum McGregor is adamant they will be worthy winners if they are declared Ladbrokes Premiership champions with eight games left.

Premiership clubs are understood to be giving their seal of approval to call the season finished on a points per game average at a meeting on Friday, although it is unclear when any official declaration will be made.

UEFA has asked domestic leagues to indicate how they plan to complete their seasons or otherwise decide on European entrants by May 25.

The Scottish Professional Football League board was given the authority to terminate the season when clubs voted last month to call the lower-league campaign as it stood.

A ratification would see Celtic clinch a ninth successive title after they built up a 13-point lead over Rangers, who had one game in hand, before Scottish football was suspended because of the coronavirus outbreak on March 13, two days before the pair were due to meet at Ibrox.

McGregor told Sky Sports News: “Regardless whether we win it on the pitch or circumstances dictate that we don’t get to finish it but we still get crowned, I think either way we would be worthy champions.

“We have been absolutely outstanding and over the season we have put so many wins together and played a real attacking style as well, and scored a lot of goals.

“The boys were desperate to finish the season on a real high the way we were playing and that’s been taken away but to get nine titles in a row, it would only be the second time in the club’s history, so that tells you how big an achievement it is in itself and something that I know the players would be extremely proud of.”

Only Rangers and bottom club Hearts voted against the resolution to call the season, although Aberdeen had sought assurances that clubs would be consulted before any decision was made.

However, Dons chairman Dave Cormack has admitted in recent weeks that completing the season looked a forlorn hope and his Motherwell counterpart, Jim McMahon, this week said that “there are now no credible voices still arguing that the 2019-20 season can be completed”.

With the Scottish Cup at the semi-final stage and due to be played some time in the future, Rangers, Motherwell and Aberdeen would be put forward as Scotland’s Europa League representatives for whatever format of competition can emerge amid the pandemic.

Hearts’ relegation would be confirmed after attempts to secure a consensus on plans for league reconstruction to save bottom teams in each division broke down at a Premiership meeting last week.