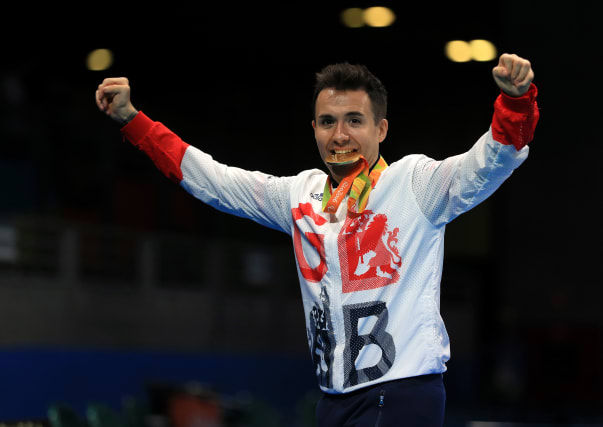 Here, the PA news agency looks at some of the best examples from May 14.

Paralympic champion and Strictly star Will Bayley designed a rainbow face mask to raise funds to help Great Ormond Street Hospital cope with the financial implications of the virus.

Bayley spent much of his childhood at the hospital for treatment for arthrogryposis, and also successfully battled cancer when he was seven years old.

Bayley told the PA news agency: “I owe everything to Great Ormond Street. They helped me to dance, let alone walk, and they also saved my life with my Non-Hodgkin’s Lymphoma.”

Marcus Rashford took a trip down memory lane, before losing a quiz to Andy Murray.

The Manchester United striker had to shell out free tickets for a game at Old Trafford after losing 4-2 to Murray in questions about each other’s careers.

While Zlatan Ibrahimovic was keeping watch.

World heavyweight champion Tyson Fury took us back to 2013 and a training camp which featured The Only Way is Essex’s James Argent.

Before hitting the beach.

Britain’s Cameron Norrie headed for the seaside in New Zealand.