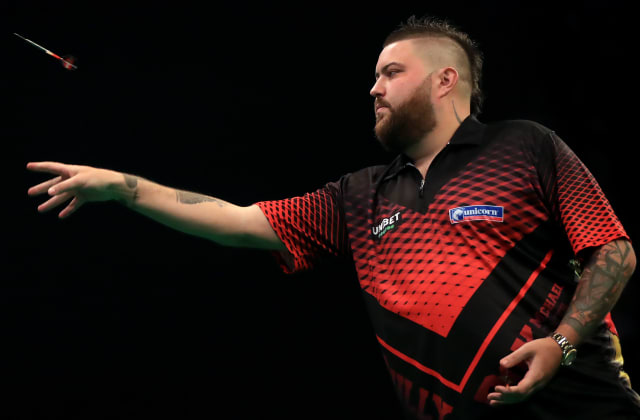 Smith had finished as runner-up in Group Nine last month and got a second bite of the cherry, but Humphries was too good on the night winning all three of his games.

Humphries averaged 108 in beating Smith 5-2 and also got the better of Mike Van Duivenbode 5-3 and Andy Boulton 5-4.

Smith did finish second in the group again, with a 5-2 win over Boulton, but it was a disappointing evening for the ‘Bully Boy’.

“I am glad I got beat, I have got another 68 days off now,” Smith joked. “I am used to finishing second. Luke played exceptionally well.”

Humphries, who is the reigning PDC youth champion, was in fine form all night as he grasped his second chance to qualify.

He said: “I can’t believe how well I played tonight, I knew I could do it. It’s crazy. I played really well tonight.

“I could get a very tough group but I am going to look forward to the next stage. I am looking forward to it.”