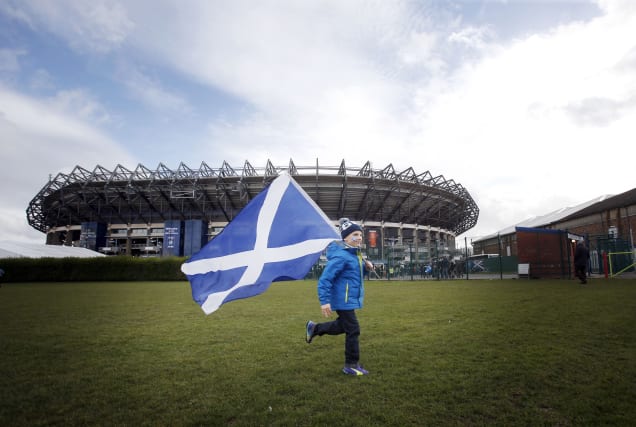 Scotland’s national clinical director feels it is too early to say whether crowds will be allowed at sporting events in the autumn.

But Professor Jason Leitch would be disappointed if elite sport has not returned by that stage after being asked about the prospects for Scotland’s November Test series at BT Murrayfield amid the coronavirus pandemic.

The Scottish Rugby Union has also predicted a financial blow of more than £12million if games against New Zealand, Japan and Argentina do not go ahead in November.

When asked about that prospect, Prof Leitch told the Official Scottish Rugby Podcast: “It’s too early to say. If you said they were in July I would say no crowds probably. November, I just don’t know what will happen.

“There’s too many variables. We might have treatment by then. We probably won’t have a vaccine, although some of the real optimistic scientists think we might have. Most of the balanced ones think it will be into the new year.

“But there are 300 vaccine trials happening in the world today, two of them are at phase two, which is human trials, but there are a whole lot of stages after that. Most of them will fail, that’s what usually happens.

“I would say it’s too early to say what would happen in November, there’s a lot of variations about international travel and crowds.”

Prof Leitch, who pointed out that Covid-19 tests would get faster as the weeks went on, added: “I would be disappointed if we didn’t have elite sports happening by then. I just don’t know how we’ll do that with TV, crowds and everything else.”

The professor, along with Scottish sports minister Joe Fitzpatrick, held talks with a number of sports bodies last week.

“It was a very mature and sensible conversation about what would have to happen and when to get these sports back,” he added.

“The sports are all slightly different in the way they are funded and financed. With football, we had to have a conversation about TV money versus gate receipts, how much money is in the bank, what does Brechin do against what Celtic do?

“Those conversations are honestly not that different from getting the coffee shops and garden centres back. It’s about safety of workers and customers.

“I think the individual sector, whether you are oil and gas or Scottish rugby, have a responsibility to do some of that work themselves, to look across the world and see what’s happening in New Zealand or Dubai and think about what best practice might be.

“We can’t do that yet but eventually we are going to have to do that, and then it’s your responsibility to link those things together. We in the sports section of the Scottish Government will probably have to take a view about what your plan is good, bad, could you do this or that.

“I was very impressed with the provisional plan your guys came with to the meeting, in five stages.”