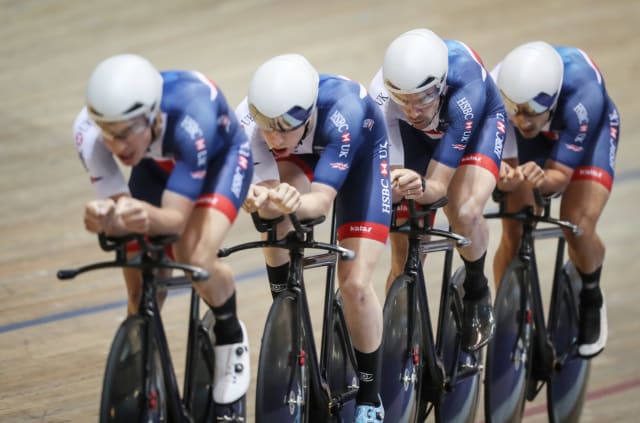 The countdown to the Tokyo Olympics may have been recalibrated but for most elite British sports stars there is still no imminent prospect of a return to full-time training.

Facilities across the country remain firmly locked down despite tweaks to the government’s coronavirus advice which has given some athletes the green light to make steps towards a tentative return.

Here the PA news agency looks at how the latest developments have affected a variety of Olympic sports in different ways.

British Cycling, which has suspended all sanctioned cycling activities until at least June 30, continues work on its ‘Return to Training’ plan, which it describes as “a complex process”. No imminent return to the National Training Centre in Manchester is expected.

British Gymnastics is continuing to review the government’s guidance and formulate its ‘Return to Training’ plan, and says it will spend the next week consulting with gymnasts, coaches and clubs to discuss the next step in relation to reopening training facilities, including the National Training Centre at Lilleshall.

A GB Taekwondo board meeting early next week is expected to confirm a reopening of its elite facility in Manchester, subject to local protocols, and strict social distancing rules. Athletes who have shared the lockdown – such as Jade Jones and Bianca Walkden – will be allowed to resume full training.

British sailing team members have been able to resume sailing on a recreational basis, although this is restricted to solo sailors, or those who sail with members of their own household. The British Sailing Team intends to make further announcements with regard to a return of its elite programme in due course.

The latest guidelines have enabled the reopening of some skate parks, allowing some, like Tokyo prospect Alex Decunha, to return to training. Skateboard England has issued social distancing advice, including: “Keep it mellow – don’t do any difficult or dangerous tricks #SaveOurNHS”.

For the majority of other Olympic sports – in particular those based at broader training centres such as the English Institute of Sport and Loughborough, the new guidelines effectively mean no change in terms of the potential resumption of centralised training programmes.