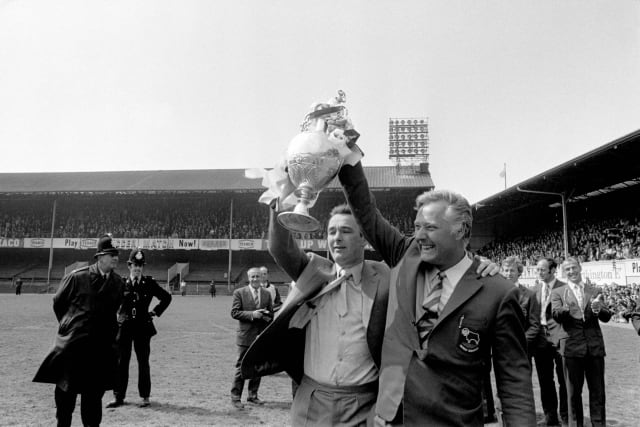 Brian Clough and Peter Taylor formed a magical managerial double-act which lifted unfashionable Derby out of the Second Division to become English champions.

Former friends and team-mates, the pair linked up in the dugout for the first time when Taylor joined Clough at Hartlepool, and together they moved on to Derby in 1967.

Lifting them back to the top-flight the following year, Clough and Taylor continued to revolutionise the club, with Clough in particular earning a reputation as a strict disciplinarian.

In 1972, the Rams came out on top of a tight battle also involving Leeds and Liverpool to be crowned champions for the first time in their 88-year history.

The pair’s relationship with the club’s ownership quickly soured, and after a series of outspoken outbursts by Clough the pair tendered their resignations in October 1973.

Clough and Taylor would later recreate their magic with Nottingham Forest, who they led to domestic and European titles.