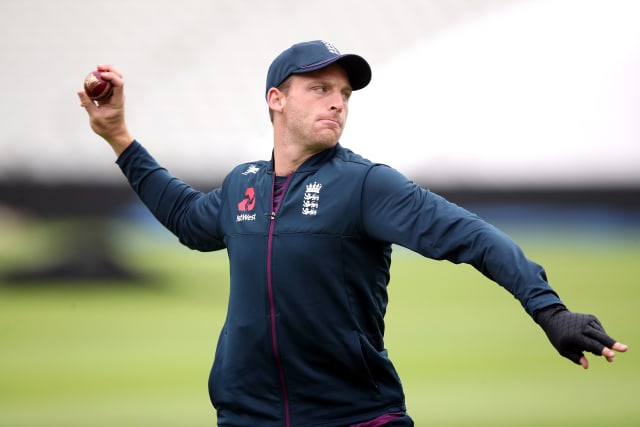 Jos Buttler is still coming to terms with the prospect of featuring for England in an unfamiliar environment this summer and admitted the thought had left him with a pang of anxiety.

The England and Wales Cricket Board has accepted any hope of holding an international calendar from July 1 rests on fixtures taking place behind closed doors and in a ‘biosecure’ bubble to contain the risk of coronavirus.

England will confirm their plans around a return to training protocols on Thursday but bowlers could come back first before batsmen, while there is the option of coaches being seconded from county sides to work with players.

Buttler hailed the communication from ECB director of cricket Ashley Giles and chief medical officer Dr Nick Peirce about the procedures surrounding their return but he believes some trepidation is only natural.

Speaking via Zoom conference call, he said: “It was yesterday or the day before, reading in the paper training could be starting again for England players, I had some natural apprehension and anxiety about that. I don’t really necessarily know why.

“I think probably it was natural performance anxiety you haven’t felt for a while. No one has ever been in this situation before as players and management.

“The people who are trying to come up with the plans have got a very tough job. It’s been the words of the past seven weeks – ‘unprecedented situation’ – so I think your apprehension about the cricket, the performance, is just a natural one.

“Anytime there’s uncertainty, speaking for myself, you have natural apprehension and I think it’ll take me a few days to sort of work out those feelings and work out the process for me of how I can control that.”

Some of the lockdown restrictions were eased by the Government on Wednesday but Buttler pointed out the precarious nature of the current climate means they could just as easily be reversed.

Nevertheless the wicketkeeper-batsman is hopeful of some action this summer, with England due to welcome the West Indies and Pakistan for Test series while Australia and Ireland are set for limited-overs assignments.

Buttler said: “I’m confident there’s a good chance, certainly a better chance than there was a few weeks ago. I think we are still in an evolving situation.

“But say things take a turn for the worse and go backwards, I’m sure that will impact cricket and professional sport returning to playing pretty heavily.

“I think there’s a good chance if things can continue on the trend they’ve been going in at the moment, if things continue to get better, but the safety of everyone and the health of all the players and everyone in England is still the key to life going back to normal.”

Buttler, a Test and limited-overs regular, would have “no preference” about which side to turn out in the event both teams play on the same day.

But the 29-year-old World Cup winner believes anyone who is reluctant to step out on to the field because of concerns about the pandemic will not be coerced into doing so, even if it means missing games and leaving the door ajar for someone to fill their role.

He said: “I’m sure no player would be under pressure to do something they didn’t want to do.

“It’s tough to give any assurances. It’s similar to potentially being injured. If someone comes in and performs well naturally that is going to affect you.

“I think it would be very fair to say that if someone had reservations about playing, or didn’t feel comfortable for certain reasons be that affecting their family or however that looks I think in these times that wouldn’t be held against you.”