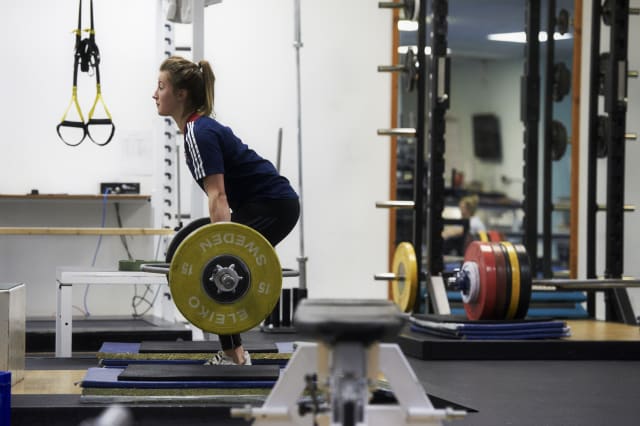 The Government has issued guidelines on how elite athletes can return to training in the safest way possible in England while another potential sticking point emerged in football’s ‘Project Restart’.

Guidance issued by the Department of Digital, Culture, Media and Sport states competitors and coaches must have a one-to-one meeting to ensure they understand the risks of returning to their specific sport and the steps being taken to mitigate those risks during the Covid-19 pandemic.

The guidance is focused on the first step of the return, where athletes will be expected to work alone or in small groups while maintaining social distancing. Step two will allow for ‘social clustering’ such as tackling, sparring and close-quarters coaching.

The advice has been put together by a working group featuring sports administrators, competitors and in collaboration with DCMS and funding body UK Sport.

UK Sport chief executive Sally Munday said: “It is important to note that the publication of this guidance does not mean that all Olympic and Paralympic sports and athletes should return to training straight away and indeed, we fully expect different sports will return to training at different times.

“Each sport will need to make a risk assessment against the guidance and determine what is best for both their athletes and staff.”

Debate over the return of English football took a new twist when Premier League bottom club Norwich claimed nobody should be relegated from the top flight if the Sky Bet Championship season cannot be completed.

Norwich sporting director Stuart Webber told the Sky Sports Football Show: “What we could not accept is a situation where we play all our games and get relegated, but the Championship can’t play, and they automatically promote some teams who haven’t finished the season.”

Serie A clubs set a June 13 target date to restart action but their plans depend on convincing the Italian Government to soften its quarantine rules.

Current protocol states that an entire squad must be quarantined for 14 days if a single player or staff member tests positive. If the positive finding occurred once action has resumed, it would also mean the team’s last opponents have to isolate.

Golfers such as England’s Matt Fitzpatrick have been given encouragement that they will be able to return to the United States in time for the PGA Tour to resume on June 11 at the Charles Schwab Challenge in Texas.

Officials issued a 37-page document outlining safety measures and stated they were “optimistic” that overseas-based players will be able to enter the US, although they would face a 14-day quarantine.

Meanwhile, England wicketkeeper-batsman Jos Buttler has admitted some concern ahead of a potential return to action.

The England and Wales Cricket Board has accepted any hope of holding an international calendar from July 1 rests on fixtures taking place behind closed doors and in a ‘biosecure’ bubble and England will confirm their plans around a return to training protocols on Thursday.

Buttler said: “No-one has ever been in this situation before as players and management.

“Anytime there’s uncertainty, speaking for myself, you have natural apprehension and I think it’ll take me a few days to sort of work out those feelings and work out the process for me of how I can control that.”

Meanwhile, the Rugby Football League has set up two working groups to examine issues surrounding a return to action for Betfred Championship and League 1 clubs.