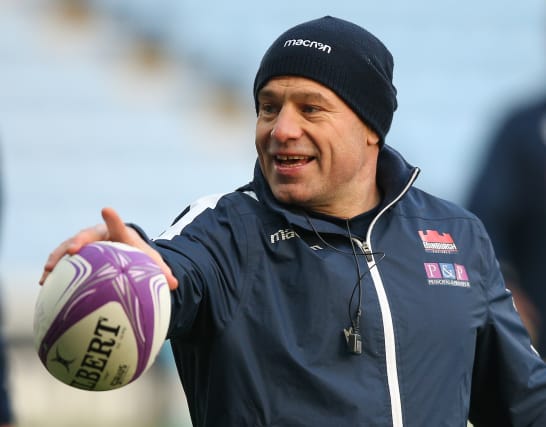 Head coach Richard Cockerill hopes to extend his Edinburgh contract beyond next year.

The former Leicester head coach arrived in the Scottish capital on a two-year deal in 2017 and signed a two-year extension before his first season was finished.

The former England international has made a major impact, leading Edinburgh to three European quarter-finals with this season’s campaign unfinished, and guiding them to top spot in Guinness PRO14 Conference B before the coronavirus pandemic forced a suspension of play.

In an interview about his future plans on the PRO14 official website, the 49-year-old said: “I’m just trying to get everything right for the near future. I’ve never been a coach – or a person – who thought ‘where will I be in three years?’

“I was an amateur and had a job before I was a professional and I’m a big believer in working hard now and get what’s happening in front of you right and things will appear at the right time.

“I left Leicester and then had an opportunity at Toulon. I’d have never thought in a world that I’d have been head coach of Toulon and to take them to a French final, where’s that come from? Things happen.

“I’m happy here because we’re moving in the right direction.

“Is it the biggest club in Europe? Well, it’s not, but I’ve said that since the day I got here.

“I’ve made no pretence about that whether I’m talking to my own players or trying to recruit players – it’s been a great project for me, I feel like I’m only halfway through it.

“I’m contracted to 2021 and I’d like to see myself here for a couple years after that, that’ll be six years and then we’ll see. I’ve not craved or looked to go somewhere else.”