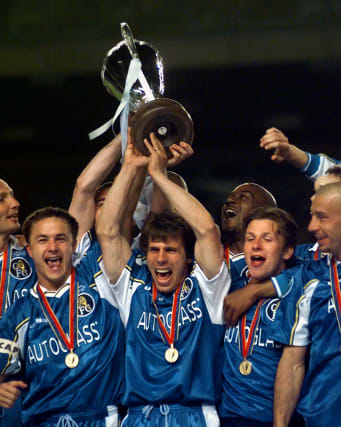 Chelsea lifted the European Cup Winners’ Cup on May 13, 1998, after a 1-0 victory over Stuttgart.

Gianfranco Zola was the hero, scoring the winner 20 seconds after coming on as a 71st-minute substitute.

The Italian, just back from a minor injury, burst on to Dennis Wise’s through ball to fire a first-time shot into the top corner from 18 yards.

It was Chelsea’s second triumph in the tournament – they beat Real Madrid in the 1971 final – and it continued their upturn in fortunes.

When Ruud Gullit led them to the FA Cup the previous season, it was their first major trophy since that previous European success, although they had won two Full Members’ Cups.

They also won the League Cup final against Middlesbrough under Gianluca Vialli six weeks before their success against the German side in Stockholm.