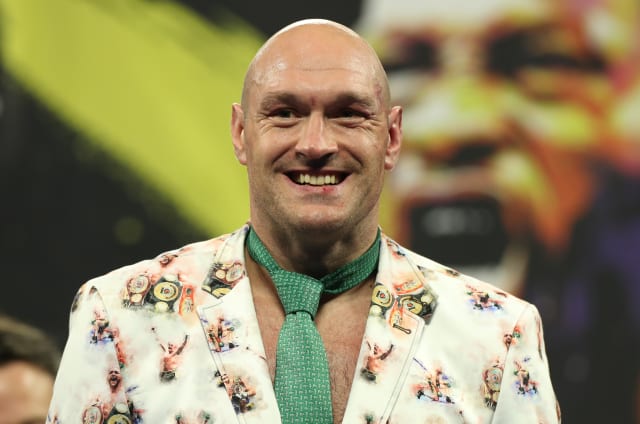 Here, the PA news agency looks at some of the best examples from May 12.

Tottenham’s groundstaff have been lending a helping hand maintaining the pitch at local non-league side Enfield Town.

Brighton’s Australian goalkeeper Mat Ryan is heading back to the country.

Michael Owen revealed the one moment he would love to relive was scoring two goals in Liverpool’s FA Cup final success on this day in 2001.

World heavyweight champion Tyson Fury got a barbecue on the go on the Lancashire coast.

Dillian Whyte hinted at a change of disciplines.

Wimbledon announced a series of contributions to support the local, national and international recovery from the coronavirus on the 200th anniversary of Florence Nightingale’s birth.

England paceman Mark Wood is among the sportsmen to feature in a new children’s book which is raising money for NHS Charities.

Indian great Sachin Tendulkar was reflecting on a prolific partnership with Sourav Ganguly.

And Hampshire batsman James Vince made a major cereal discovery.

World number one Michael Van Gerwen is keeping his eye in during lockdown.