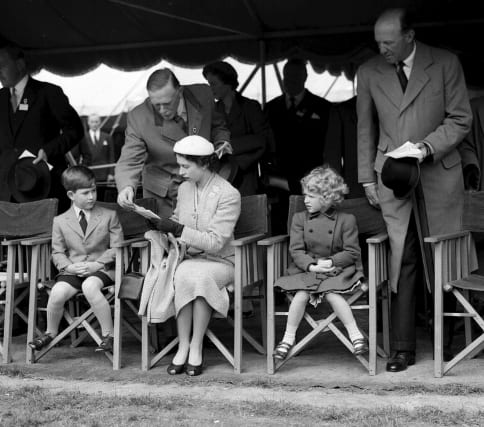 The Queen’s passion for equestrian sports was evident when she attended the Royal Windsor Horse Show on this day in 1956.

With Princess Anne and Prince Charles by her side, Her Majesty could not have looked happier as she went to take her seat at an event that was first staged in 1943 and to this day remains Britain’s largest outdoor horse show.

Princess Anne went on to be a world-class rider, winning a gold medal at the European Eventing Championship in 1971 and being voted BBC Sports Personality of the Year.

Appropriately she competed at the Royal Windsor show herself and also became the first member of the royal family to take part in the Olympic games, at Montreal in 1976.

As well as Royal Windsor, the Queen is a regular attendee at Royal Ascot racecourse and in 2013 saw her horse, Estimate, win the Gold Cup.