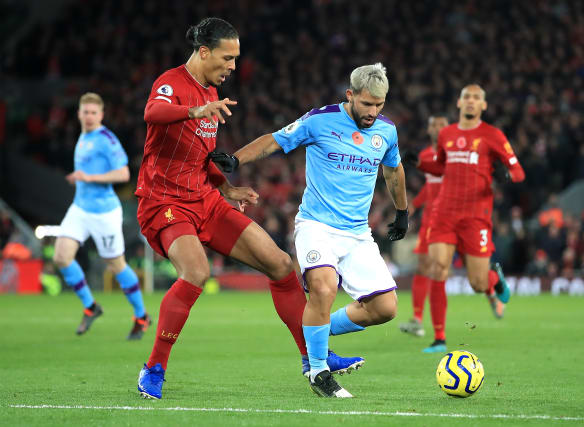 Prime Minister Boris Johnson appears to have put the brakes on a swift return for professional sport after revealing the coronavirus transmission rate is still too high to significantly ease the lockdown.

Sport in the United Kingdom has been at a standstill for a number of weeks but Premier League clubs are expected to vote on Project Restart’s plans to complete the season at neutral venues in a crunch meeting on Monday.

However, Johnson indicated that – while the general population will be allowed to exercise outdoors more than once a day and play sports from Wednesday – they must do so only with those in their own households.

“We want to encourage more and even unlimited amounts of outdoor exercise,” Johnson said in his Sunday evening televised address to the nation.

“You can sit in the sun in your local park, you can drive to other destinations, you can even play sports but only with members of your own households.”

The message would seem to rule out the prospect of football clubs going back to training anytime soon and does not improve the prospects of finishing seasons which were brought to a halt by the public health crisis.

Football continues to grapple with the potential challenges of a return to action, with a third Brighton player and five LaLiga players testing positive for the virus.

Brighton’s chief executive Paul Barber said the unnamed player will go into 14-day isolation. The PA news agency understands the rest of the squad will continue to train both at home and in solo sessions at the club’s training ground.

Two other players, whose names have also not been revealed by the club, contracted the virus earlier in the pandemic. They are understood to have since recovered but it is not clear whether or not they have returned to training yet.

“Despite all the measures we have all been taking over the last few weeks, when the players haven’t been involved in taking any significant training at all, we have still suffered another player testing positive for the virus.

“There are concerns and I think it is normal for all clubs to have those concerns. We want to make sure we do everything that we can to ensure that the protocols that are put into place are safe and secure and mitigate the risk.”

A LaLiga statement read: “After completing the medical tests on the minimum essential personnel referred by the clubs to start training, some cases of Covid-19 have been detected.

“Specifically, between the clubs of LaLiga Santander and La Liga SmartBank, five positive cases have been detected in players, all of them asymptomatic and in the final phase of the disease.”

Concerns over player safety are not the only obstacle facing Project Restart when talks resume over plans to restart the Premier League.

Brighton have been critical of the idea that play should resume at neutral venues, despite warning it could be a deal-breaker on football resuming at all.

It is also understood Brighton are against the idea of the current bottom three – Norwich, Watford, and Aston Villa – being relegated if the season cannot be completed.

Villa and Watford have joined Brighton in speaking out against plans to play the remaining 92 games at neutral venues and it is sure to be a point of contention – but Parish hopes clubs can unite.

“There are no easy answers, we have to work through it as a collective and I think we will and come out with a consensus in the end,” he said on The Andrew Marr Show.

“(The meeting) is another part of the journey in trying to get football back. We would be derelict in our duty if we did not find a way for the game to come back.

“It may prove beyond us, we have huge challenges in order to get it back to complete the season but we are planning on doing so.”

Some sport did return this weekend, with Justin Gaethje crowned interim UFC lightweight champion after overcoming Tony Ferguson in a five-round classic at UFC 249.

Held amid strict hygiene guidelines in a near-empty arena in Jacksonville, Florida, the event marked the first UFC broadcast since March 7.

Unaffected by the lack of an audience, the main event was a thrilling bout that saw defending-champion Ferguson battered by Gaethje for almost 25 minutes before the punishment finally became too much.

Earlier, bantamweight champion Henry Cejudo defended his title with an emphatic second-round TKO victory against Dominick Cruz before announcing his shock retirement during the post-fight interview.

Other highlights from the event included Francis Ngannou knocking out Jairzinho Rozenstruik in just 20 seconds and Anthony Pettis edging out fellow veteran Donald Cerrone in a gruelling battle.