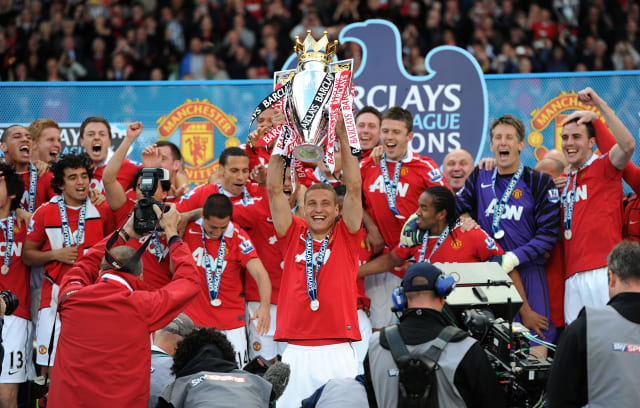 Some of football’s greatest leaders have lifted the Premier League title since the competition kicked off in 1992.

From stalwart central defenders to tigerish midfield talismans, they have worn the armband with aplomb – and often made the difference between success and failure.

Here the PA news agency picks out some of the domestic game’s most dependable heroes.

The Serbian is widely regarded as one of the finest central defenders in Premier League history.

A £7million signing from Spartak Moscow in January 2006, Vidic is also among the best value signings of Sir Alex Ferguson’s trophy-laden 26-year reign at Old Trafford.

Vidic tasted success just over a month into his time at the club as a late replacement in the 2006 League Cup final win over Wigan.

And that would prove to be just the beginning of the silverware for the Serbian. Vidic was the bedrock of a United side that went on to reclaim the Premier League title the following season – for the first time since 2003.

Vidic’s formidable partnership with Rio Ferdinand helped Ferguson’s side lift three Premier League trophies in a row, along with the Champions League trophy in 2007-08.

The following year, Vidic was part of the record-breaking run of 14 consecutive clean sheets in the Premier League as United also lifted the League Cup, Club World Cup and again reached the final of the Champions League – only to lose to Barcelona in Rome.

Having filled in as skipper due to Gary Neville’s injury problems, Vidic was named permanent United captain in 2010. Later that season he lifted his first Premier League trophy as captain before the Red Devils were again beaten by Barcelona in the Champions League final.

Sergio Aguero’s last-gasp goal in the dying stages of the season saw Manchester City pip United to the title in 2011-12, but Vidic skippered United to success once more as they won their 20th league crown the following season – Ferguson’s last as United manager.