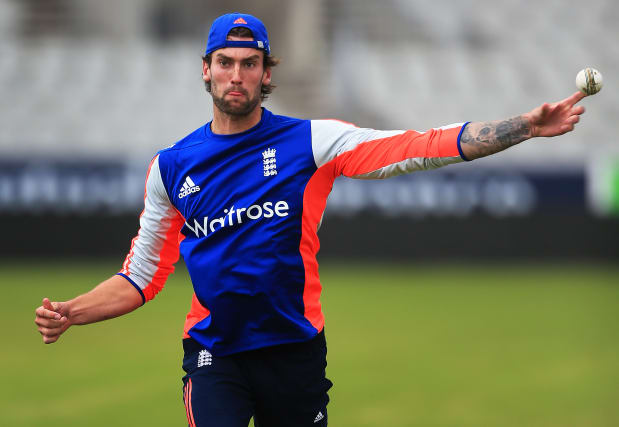 With the county cricket season paused indefinitely and the majority of professionals on furlough, over 100 players have taken up the chance to expand their horizons during lockdown.

The Professional Cricketers’ Association have a team of personal development and welfare officers, who help provide training, learning and development opportunities, and the last 50 days has seen the network become an invaluable resource.

As well as those who are working towards coaching badges, players have taken up courses as diverse as property development, foreign languages, accounting and art production.

While some are using the time to merely pick up a new skill, others are beginning to lay the foundations for life after cricket – planning which has never been more necessary given the financial uncertainty coronavirus has conferred on the game.

The left-armer, who won 16 England caps between 2015 and 2016, told the PA news agency: “I love learning new things, skills or information, and I love taking them on. I’ve just got a need to do something, to move myself forward as a person.

“At the moment, when people are furloughed, the days might be dragging out a bit but I believe if you are occupying yourself you could come out of this period a more rounded, more knowledgeable person.

“I feel I’ve gained some more understanding of the world, be it the environment and the social implications of sustainability or with human rights law – how it came to be and what purpose it serves.

“A lot of it is about helping people who don’t have a voice and I’m definitely keen on giving something back in my own way.”

Topley is not likely to be vulnerable from any belt-tightening in the county game, a capped international in the early stages of a two-year contract at the Kia Oval, but feels for those who may find their careers compromised by the current lay-off.

“There’s definitely an awareness of people who might be in the last year of their contract, anyone would sympathise with them,” he said.

“They aren’t getting the chance to prove themselves. The same goes for youngsters who are not getting the opportunities they would, I feel incredibly sorry for them. Everyone has been stripped of their work, their ability to play, it’s back to basics.”

At Gloucestershire, 23-year-old James Bracey is making his own tentative steps towards a future career. Having just come off the back of a successful winter tour with the Lions, the wicketkeeper-batsman can expect to attract plenty of column inches in the coming years but is already interested in life inside the press box.

“The PCA has been really hot on transitions out of cricket, whenever that might be, and journalism was something that jumped out at me,” he told PA having signed up for a diploma course.

“I’ve had a little taste, working through modules and assessments and writing different types of pieces to try and get the gist of it. As someone who has played the game I see it as an opportunity to take a different angle to those who might not have.

“That doesn’t mean I’m going to be a better writer than anyone else but it might be something people want to read.

“As much as I’m looking forward to getting out on the field again it’s been nice to identify a couple of areas that would be good for me post-cricket, and I don’t see any reason why I couldn’t be writing pieces and coming up with ideas while I’m still playing.”