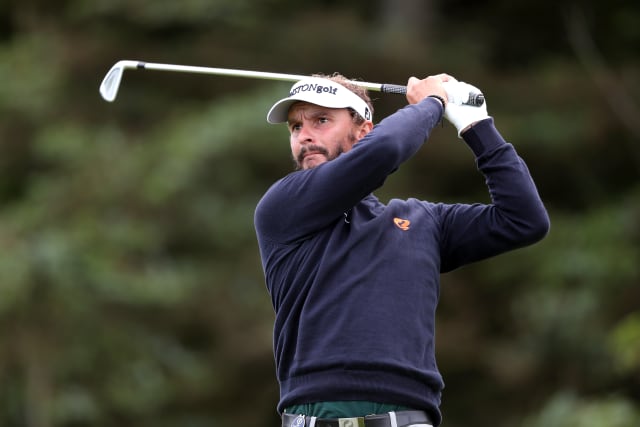 Luiten’s six-under-par 66, where all players took part from their homes on a golf simulator depicting the Old Course at St Andrew’s, handed the Dutchman victory by two strokes in the one-round 18-hole event.

The world number 98 intends to split the 10,000 euros prize money between his own charity and a hospital in his native Rotterdam.

“It’s a good feeling to win the inaugural event,” Luiten said on the European Tour’s website. “We’ve been doing nothing for such a long time, so it is nice to get that feeling of competition going again.

“You try to stay fit and practise the way you can indoors, but it is different, so it is good to have the some nerves and that feeling of actually competing and trying to beat everybody else.

“That’s the most fun for us and that is why we are golf professionals. We have been missing that feeling for a long time and it was good to get it back and to do well as well.”

Frenchman Damien Perrier finished second, while Westwood carded 72 and Kaymer was two shots back in the first of five tournaments using the latest simulator technology.