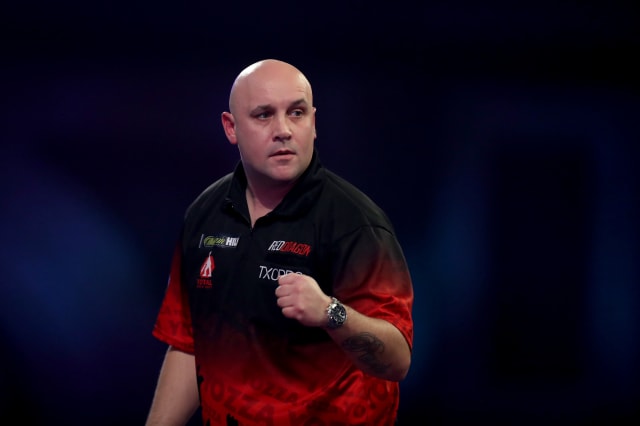 Jamie Hughes was unfazed by a last-minute opponent switch as he sailed into the next round of the PDC Home Tour on a night interrupted by a number of technical glitches.

After Darius Labanauskas had some software difficulties, Hughes instead took on Krzysztof Ratajski in his opening match and prevailed 5-2. Hughes then defeated Labanauskas by the same scoreline.

The Englishman had five match darts to beat Toni Alcinas 5-2 but ultimately settled for a 5-4 win over the Spaniard to complete a clean sweep of victories in this round-robin format.

However, the evening was spoiled slightly due to a number of delays, starting when Lithuania’s Labanauskas could not connect to the software which shows the figure each player has remaining, leading to his match against Hughes being postponed after one visit.

Hughes instead took on Ratajski, who had earlier come from 3-1 down against Alcinas to rattle off four successive legs and claim a 5-3 win.

The momentum of the ‘Polish Eagle’ screeched to a halt against Hughes, who hit back from losing the opener to win five of the next six legs and clinch a commanding win.

Labanauskas rejoined the action and faced initial opponent Hughes, with the Englishman’s visit of 134 carrying over from their interrupted start.

There was further confusion in the second leg when Hughes thought he had checked out 94, only to realise he had miscalculated and still had two remaining.

But he still moved 2-0 ahead and never looked like relinquishing his grip on the match, ultimately prevailing to move a step closer to progression from Group 24.

Labanauskas collected a 5-0 whitewash win over Alcinas, who rallied well against Hughes but was edged out in the decider as the Englishman guaranteed top spot.

Labanauskas and Ratajski were left to fight for second place but not before more technical issues.

Graphics of the players scores were not working and then there was a loss of sound from Ratajski in Poland during the first leg, which resulted in a slight delay.

However, when they returned to action, Ratajski came away with a 5-3 triumph to clinch second spot.