On This Day in 2009: Jenson Button wins Spanish Grand Prix 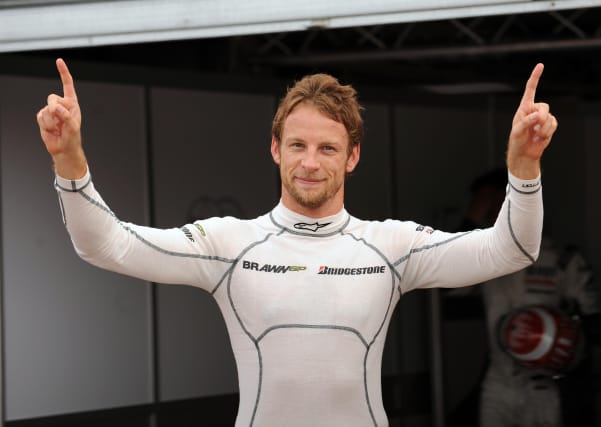 Jenson Button won the Spanish Grand Prix on this day in 2009, finishing ahead of Brawn GP team-mate Rubens Barrichello.

Here the PA news agency takes a look at the Briton’s victory in Barcelona.

Button continued his dominance of the 2009 Formula One world championship with a fourth win in five races after a superb pit-stop strategy switch at the Spanish Grand Prix.

That was the ninth successive year that a driver had won from pole position at Barcelona’s Circuit de Catalunya, but it was no conventional procession from start to finish for Button.

After being passed by Barrichello on the run down to the first corner, Button and his team made the call to run from three stops to two early on.

It proved decisive as Button did enough when Barrichello made his three trips into the pits to again take the chequered flag at the end of the 66 laps.

Yet despite standing on the top step of the podium for the fourth time that year, Button’s lead was only 14 points over Barrichello, who duly claimed second ahead of Red Bull’s Mark Webber.

Button, who went on to win his only world title later that year, said: “I was switched to cover all our bases.

“We thought the three-stop (strategy) was the better, and when I was told we were going to two and I put the fuel on board, it felt very heavy.

“But it worked well and to come away with a win – and they all mean a lot – gives me a lot of confidence for the rest of the season.

“It is a dream come true so far this season. Even when times are tough we are getting the wins.

“When it is good, it’s good, just like when it’s been bad for us these past couple of years, it was bad. But I do feel I’m on the top of the world at the moment.”